The Top Restaurant Newcomers of 2012

Share All sharing options for: The Top Restaurant Newcomers of 2012

As 2012 comes to an end, we're surveying friends, readers, critics, and bloggers about the year in dining. To start things off, we posed a question about the city's best new restaurants. Readers, feel free to weigh in via the comments. 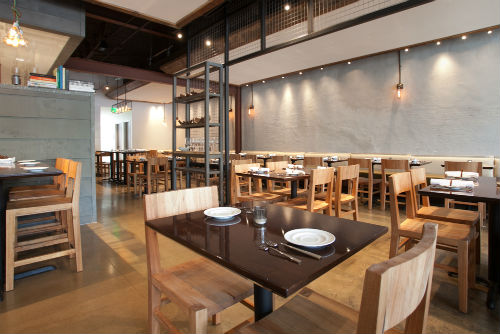 Q: What are the top restaurant newcomers of 2012?

José Ralat-Maldonado, blogger, The Taco Trail: "Chicken Scratch, FT33, Spoon and Stampede 66. The latter is especially important to me. The chefs at Stephan Pyles' newest restaurant are deftly walking the line between highfalutin and traditional with their taco offerings, and the tortillas are made from nixtamal. I'd like to see them play a little more, though. Huitlacoche (corn fungus) and chapulines (grasshoppers) deserve guest appearances. If there are off-menu tacos when you go—and you should go—request them."

Rich Vana, editor, Entrée Dallas: "FT33 - It comes to mind first. And I think (along with everyone else, evidently) it's one in particular that's worth getting excited about. Sissy's - I've liked all my experiences there, and while they're definitely more than fried chicken, I still get it every time. I love fried chicken so much. Spoon - Haven't eaten there yet, but it's John Tesar, so it's going to be a fun one to watch closely, at any rate. Plus everything I've heard sounds promising, to say the least. Boulevardier - I'm biased, because I'm pretty sure Nathan and Randall are two of the coolest people ever, so just listen to whatever other people say (with the exception of one or two, specifically). Nora - I have been a fan of the Afghan Grill for awhile, and love that Matt Pikar took his cooking to Greenville."

foodbitch, blogger: "2012 has a thing for celebrity chefs (FT33, Stampede 66, Spoon), but I've got to give shootouts to Boulevardier and Oak."

Whitney Filloon, editor, Eater Dallas: "Off-Site Kitchen, for serving the best sandwiches in town (that brisket is killer) at dirt-cheap prices, and always being consistent. Chicken Scratch/The Foundry, not so much for the food as for the space itself, although that fried chicken is pretty damn good. And FT33 for sure, the food wouldn't be out of place with white tablecloths and considerably higher prices but they keep it approachable and relaxed, which is refreshing."