J.W. Tate on One Year of Cocktailing in Uptown

Share All sharing options for: J.W. Tate on One Year of Cocktailing in Uptown

The Dallas craft cocktail scene continued to boom in a major way in 2012—Dallas bartenders repped the city in a major way at the annual Tales of the Cocktail event in New Orleans, the first Craft Cocktails TX event was a success, and the palates of the city's drinkers continued to evolve right along with the scene. North Carolina import Tate's set up shop in an old house-turned-bar on McKinney Avenue last December, helping propel Uptown to its current status as a mecca for lovers of finely crafted drinks. Eater recently spoke to barman J.W. Tate about the bar's first year in business.

So Tate's actually originated in North Carolina. What brought you guys to Dallas?

We opened a Tate's in North Carolina about three years ago and we had a good deal of success there; we actually were lucky enough to be named one of the top ten bars in the South to drink classic cocktails. What was exciting to us about Dallas, and what I would say brought us here, was seeing the Dallas food and beverage scene from the outside at that point, there weren't a lot of craft cocktail bars open—I believe at that point Cedars [Social] and Bolsa were the two big names. We looked at what they were doing and saw that there was obviously an appreciation for good cocktails here, and also noticed a little bit of a disparity between the amount of quality restaurants and the amount of places that were offering quality cocktails. Anytime you see that it kind of signals that there's about to be an increase in demand and attention for really good cocktails, so we saw an opportunity to get in at the beginning and try to have a chance at helping to mold people's impressions of what a drink is here, and a good chance to establish ourselves as an institution before there was a scene that was proportional to the restaurant scene here. 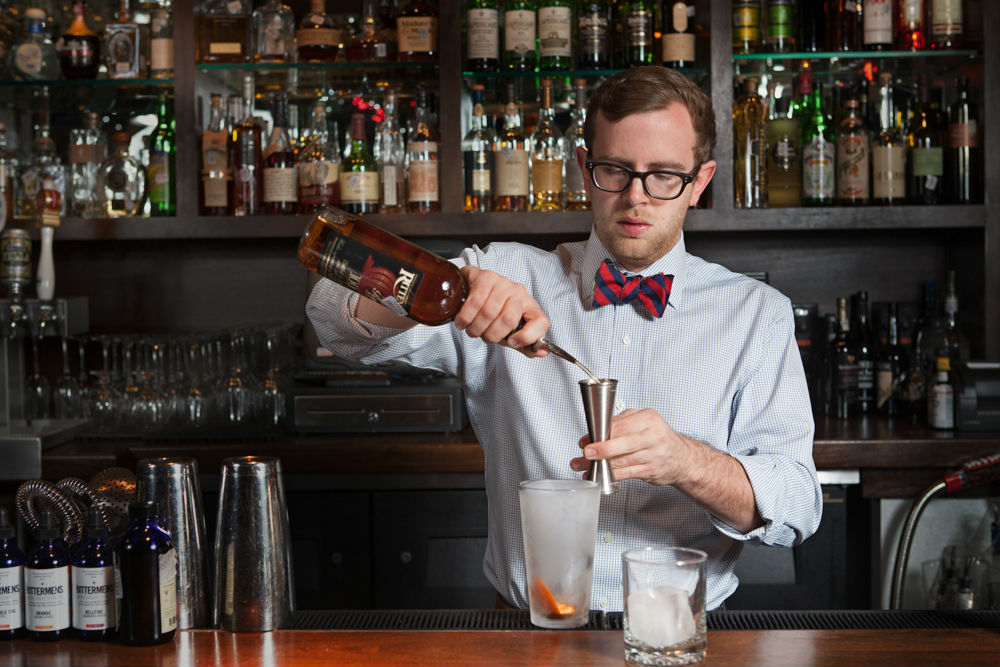 Of course, now craft cocktail bars are everywhere, particularly in the area of Uptown where you guys are located with Private Social and Standard Pour.

It was really exciting for me when Standard Pour opened. As a company we've always been of the opinion that 'a rising tide lifts all ships'. I noticed that right after Standard opened we started getting more people that were really into cocktails coming to the neighborhood that might otherwise have gone over to Oak Cliff or over to The Cedars or Henderson Avenue. With three viable destinations down here I guess it was enough of a draw that people would make a night of coming down to McKinney Avenue to drink craft cocktails, which if you think about it is a pretty cool thing.

Do you feel like you fit pretty well into the neigborhood from the get-go, or did it take a while for business to really get going?

The first year was filled with learning and as a result of that growth I'd say the biggest challenge was our food program. It wasn't where it needed to be from the outset and we didn't understand the expectation here that if people go somewhere for a good cocktail, they want to also be able to get a good plate of food at the same place. The Tate's Craft Cocktails in Winston-Salem is pretty strictly a bar and that model worked for us there, but here there was an expectation that we'd have a pretty substantial food offering. So that was a little bit of a challenge as far as fitting into the neighborhood goes, but other than that I feel like we meshed pretty well from the get-go. One of the things we strived for is to offer a best in class product without pretense, and without people having to come in and be afraid of not knowing anything and asking for a recommendation or asking questions about a cocktail. I'm still always surprised by the amount of people that come in and say they walk by all the time and never knew this was a bar. 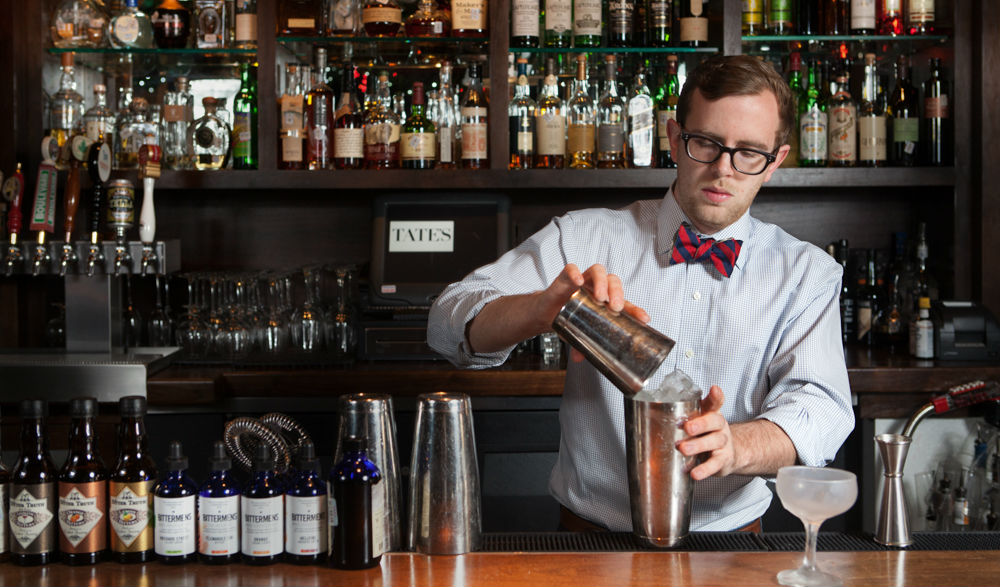 How does Dallas compare to North Carolina as far as a market? Do people have different tastes when it comes to drinks?

Yeah, I mean I wouldn't say that the markets are super comparable. Especially Dallas being one of the largest cities in the country, and Winston-Salem is a city of maybe 200,000. For its size it's a very cosmopolitan town, but I'd say as far as cocktails go, there is an elevated playing field in Dallas. That's been a really fun challenge for us. I'd say the palate here, people like more spirit-forward drinks, there's more of a taste for bitter and you can have a little bit more freedom experimenting. Also I think in Dallas one big difference I noticed is people will come up to the bar and look at the menu, but then kind of guide you on what they like and let you go with it from there. I've been in New York for the past two years before I came down here so I had a little bit of experience with that, but Dallas kind of falls nicely in the middle between North Carolina and New York, so it's been a nice home for the past year.

What's your general cocktail philosophy? How do you come up with new drinks?

Matt Ceneviva, the guy who runs the bar in Winston-Salem and who I opened up the bar here with, he's my mentor and we worked together in developing the philosophy for our drinks. First and foremost, we make honest drinks that are straightforward. We have a faithful adherence to technique. A lot of people want to take that as, we're exclusively a classic cocktail place, but I would tend to disagree with that because we've got a lot of classic cocktails on the menu but we've also got a good bit of original stuff. So yeah—honest drinks, straightforward, we're really particular about technique and most importantly, executing as close as you can to perfect every time that somebody orders a drink. Being on McKinney you have to make sure that you're gonna be able to do it just as well four-deep at the bar at 12:30 on a Friday night as you are an hour after you open up with just one guest.

A lot of people look at craft cocktails as a culinary thing and compare it to cooking, which is completely valid—it's a form of culinary expression. But I think one thing that gets left behind is that it's design at its core, and like any form of design, you apply constraints to something you've envisioned and you try to find that sweet spot where you can't apply any more constraints without compromising the final product. To me, the ability to do that over and over is what makes a really successful designer or cook or bartender.

Anything that you create, when you first start out you've got so many ideas and you're just throwing them all at the wall and seeing what sticks. That's actually the coolest thing about being in Dallas in the past year, there's always been places that have done it super tastefully, but watching as the scene goes from no holds barred towards a more refined, restrained, really focused-in creative energy. That's been amazing to watch and I'll probably never seen that again because it's kind of the birth of the cocktail scene here. 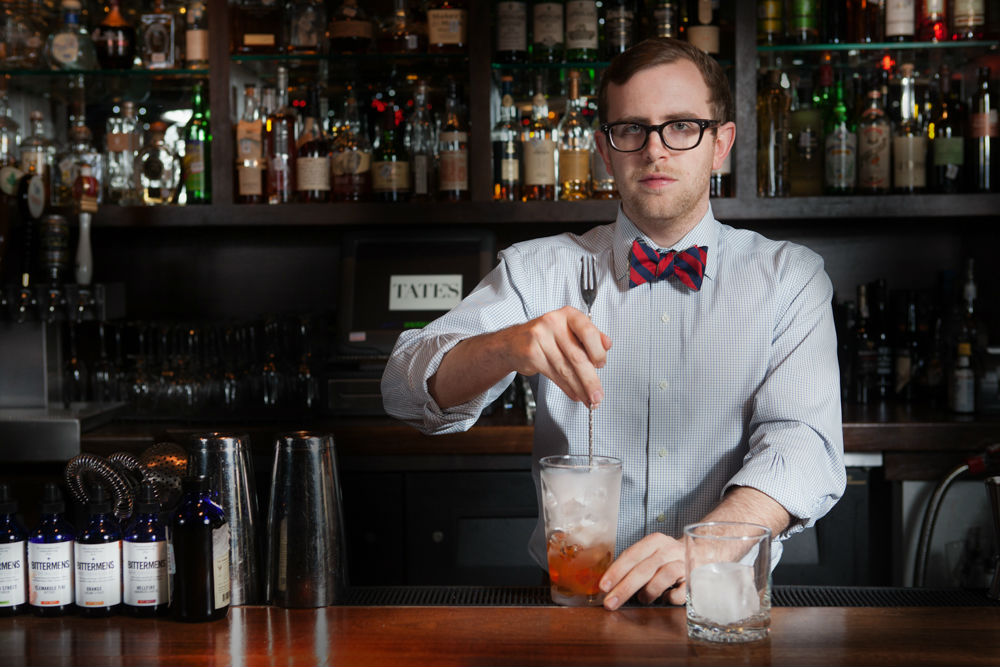 Any further expansion plans for the future?

This sounds cheesy but right now we're focused on just growing within these four walls and expanding with the Dallas F&B scene. It's a really exciting time to be here with all the quality restaurants that are opening up and the good bars. The growth opportunity for us right now is to become a McKinney Avenue institution and be a place that people go when they get a new job and want to celebrate, in the afternoon when they just want a beer, when they just had a kid or got married... To be a part of people's lives and that's probably the most exciting opportunity we have for growth right now. I think that going forward there's going to be more attention paid to drinking spirits in Dallas, and that's something that we're very much trying to become a part of.