Share All sharing options for: Dining World Headline Predictions for 2013

As 2012 comes to an end, we're surveying friends, readers, critics, and bloggers about the year in dining. Now, we ask people to predict what will make headlines in 2013. Readers, feel free to weigh in via the comments. 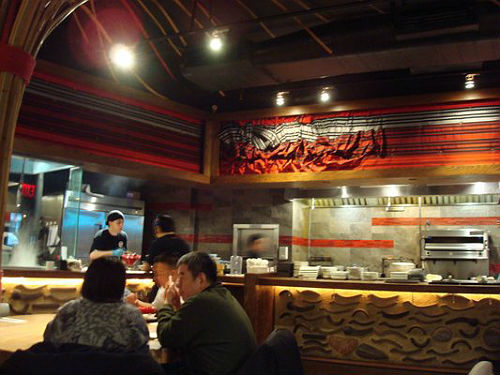 Ippudo in NYC: Will 2013 be the year ramen makes it big in Dallas? [Photo credit: Janice C./Yelp]

Leslie Brenner, restaurant critic, Dallas Morning News: "Downtown will emerge as the hottest neighborhood for dining. Someone will open a sushi bar where the rice is seasoned properly and make a fortune. A clever chef will open a restaurant that elevates Tex-Mex classics (à la Josef Centeno's Bar Amá in L.A.) and it will be brilliant."

José Ralat-Maldonado, blogger, The Taco Trail: "In general, offal and by-catch will continue to gain greater acceptance. As for tacos and Mexican food, critics and diners will be on the hunt for establishments that make their own tortillas and offer regional treasures that challenge notions of authenticity (Gasp! A flour tortilla. What are they doing with that hot dog?). If only someone would get on the chapulines train."

foodbitch, blogger: "I would just like to say that I was kind of right about this one last year. So with authority I can predict that 2013 will be the year the East Dallas restaurant scene blows up."