What Restaurants Did You Break Up With in 2012?

Share All sharing options for: What Restaurants Did You Break Up With in 2012?

As 2012 comes to an end, we're surveying friends, readers, critics, and bloggers about the year in dining. Now, we ask folks about a potentially sensitive subject—their tragic restaurant breakups. Readers, feel free to weigh in via the comments. 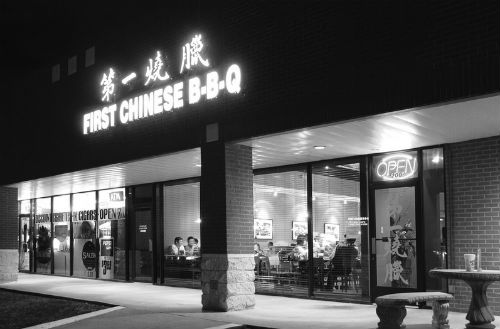 Q: Were there any restaurants that you broke up with in 2012—e.g., places you stopped going to?

Leslie Brenner, restaurant critic, Dallas Morning News: "First Chinese BBQ in Plano. I'm still heartbroken about it. Their barbecue pork used to be one of my favorite things to eat around, and it just isn't what it used to be."

José Ralat-Maldonado, blogger, The Taco Trail: "No. I made up with one: Rusty Taco. When it opened, I was lukewarm on the original location, but on a whim I gave it another try. The restaurant serves perfect bacon in the bacon, egg and cheese breakfast tacos, and the brisket and fried shrimp tacos have never failed me. If I'm near the Greenville Avenue or Main Street Garden outposts and I'm hungry, I eat at Rusty Taco."

Rich Vana, editor, Entrée Dallas: "Not intentionally; there are too many places for me to go to give one up on purpose. The more common problem, for me, is that I don't get to go to the ones I want to try for the first time."

Gavin Cleaver, barbecue blogger, City of Ate: "The first time I went to Pizza Lounge opposite Fair Park Station I liked both the atmosphere and the pizza. The second time I went I received the worst customer service I have ever seen, ever. They even managed to charge my card twice. That sort of ineptitude requires a special commitment to detail."

foodbitch, blogger: "Bolsa. I'm kind of over it. But I reserve the right to change my mind."

Whitney Filloon, editor, Eater Dallas: "I had a torrid love affair with Oddfellows that ended when they changed their menu and shrunk portions after Brady Williams left the Spillers Group. I love the setting, not to mention the coffee, so maybe I'll give them another go in 2013."