What Does It Take to Rock & Roll Tacos for the Masses?

Share All sharing options for: What Does It Take to Rock & Roll Tacos for the Masses?

Welcome to the Big To Do, a feature in which Eater Dallas posts the TO DO lists of chefs, restaurateurs, bartenders, restaurant designers and others. It's a peek behind the curtain, showing how these busy minds work — from scribbled sticky notes to typed itineraries to doodled wants and dreams.

Last weekend, James Quinonez and the rest of the Rock & Roll Tacos crew kicked out the jams to impress the attendees of Taste of Dallas.

Saturday evening, Quinonez was running on pure adrenaline after Day One of the two-day fest, buzzing around the brick-and-mortar RNR, all smiles after a day well worked. The kitchen was out of queso thanks to the lines of 200 and 300 people that tackled their booth at Taste of Dallas, while other kitchens were still setting up. No one seemed to mind — the elotes shooters and tacos were still flying from the pass.

Was there a to do list for the day? Of course there was. And it was intense. He had one on his computer that was probably more legible, but there's energy inside the chicken scratch prep for the big day. Check it. 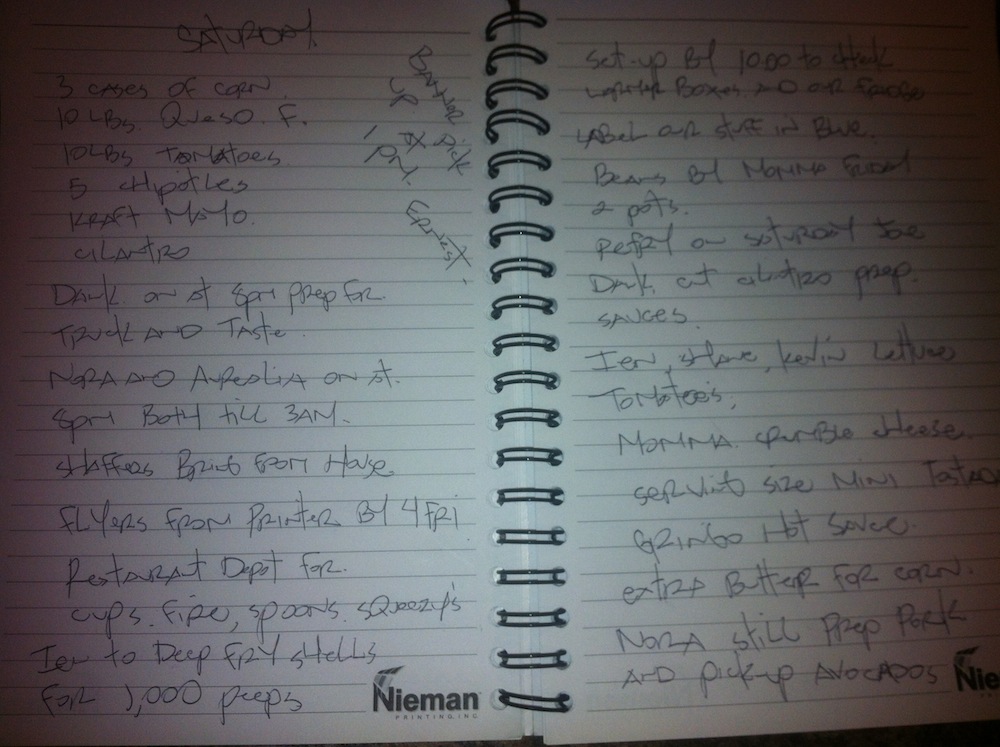