Share All sharing options for: VSpot Cafe is Closed

Got word of a restaurant that's served its last meal? Tell us about it via the tipline. 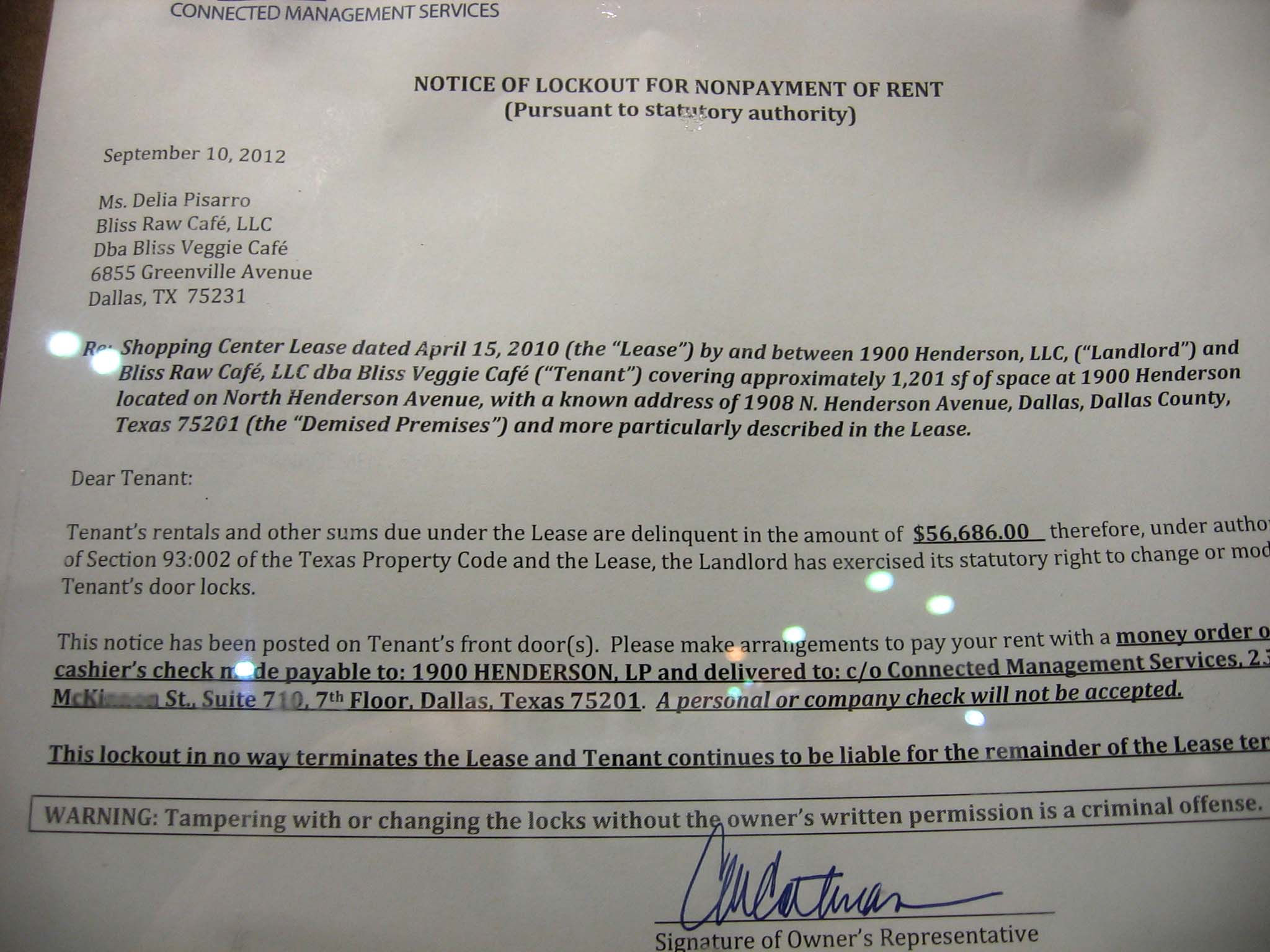 An Eater tipster spotted the above notice posted on the front door of Henderson Avenue's VSpot Cafe last night, which states that the tenants have been locked out due to non-payment of rent to the tune of nearly $57,000. Owner Delia Pisarro told CraveDFW last month that she had sold VSpot and intended to open a new location of the vegan restaurant in Houston's Montrose Park area in November.

Pisarro's other venture, Bliss Raw Cafe & Elixir Bar in Preston Center, was sold to Paula Sepulvado and John Vandelicht back in June. They reopened in July as Be Raw Food and Juice Bar.