The Rustic Has an American Flag Made From Beer Cans

Share All sharing options for: The Rustic Has an American Flag Made From Beer Cans

Editor markup for The Rustic. This is only visible in the story editor.

Here's an inside look at The Rustic, the expansive new indoor/outdoor bar, restaurant and live music venue from FreeRange Concepts (who also brought you Bowl & Barrel and neighboring Mutts) and musician Pat Green, with former Bolsa sous chef Matt Balke in the kitchen. The oh-so-Texan design scheme includes clever elements like a giant American flag constructed from beer cans.

The Rustic doesn't officially open until this Wednesday, but hundreds of football fans got a sneak preview this weekend as the venue hosted a TX/OU watch party on Saturday afternoon and a Cowboys watch party Sunday evening. With indoor seating for 250 and outside seating for 300 more, there was plenty of room for fans on both sides of the rivalries (but perhaps that buffalo head on the wall served as a good luck charm, because both Texas teams of course emerged victorious). 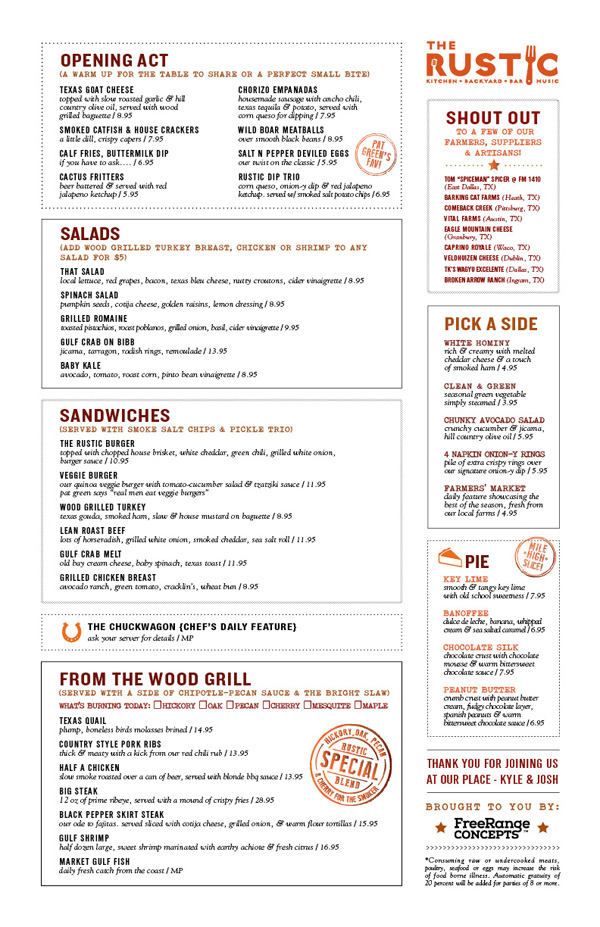 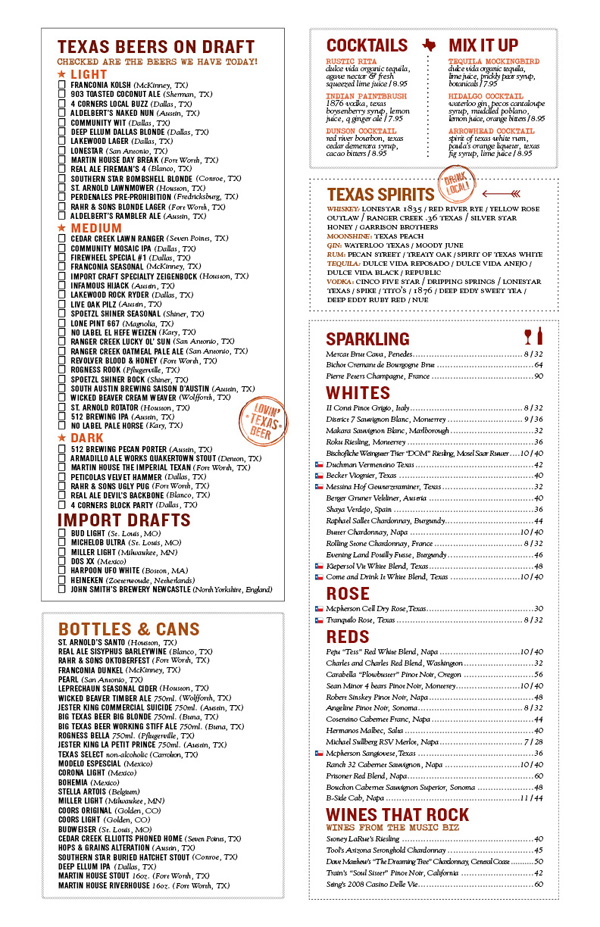