What Was the Biggest Dining Surprise of 2013?

Share All sharing options for: What Was the Biggest Dining Surprise of 2013?

As 2013 draws to a close, we're surveying friends of Eater about the year in dining. Here now, local food writers weigh in on the biggest dining surprises of 2013 (do feel free to weigh in with your own thoughts via the comments). 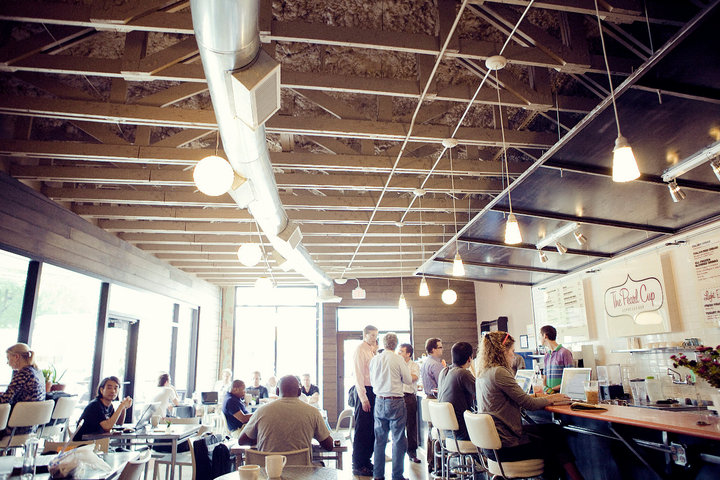 The Pearl Cup: One of the year's surprise closings. [Photo: Pearl Cup Coffee/Facebook]

Q: What was the biggest dining surprise of 2013?

Teresa Gubbins, CultureMap: "How quickly 'vegan' vaulted into the mainstream."

José Ralat-Maldonado, The Taco Trail: "The history and breadth of tacos are awesome. The more I read about tacos and the more tacos I eat, my appreciation for their diversity deepens. Such was the case when I became re-acquainted with Urban Taco. I had discounted the restaurant, especially its flagship in Uptown, for years. However, when owner Markus Pineyro approached me about participating in the taco festival, I took a few trips to the restaurant. I was blown away. The main location has a trompo, the vertical spit upon which traditional al pastor is prepared. The tortillas are made the old-fashion way, from nixtmal (not industrial masa). A Mexico City after-hours treat, a costra, a taco with grilled cheese on the outside, is served. Urban Taco's red snapper is a humdinger. I get a kick out of the creative salsas, too. Urban Taco is also where I go to drink tequila in Dallas. The options are thoughtfully curated and delicious. I don't drink there enough. What's more, Urban Taco represents how eclectic taquerias can be and still be 'authentic.' We shouldn't restrict tacos and the people who make them."

Mike Hiller, Escape Hatch Dallas: "That CBD Provisions would be so damn good. I expected very little and left wowed, even on a preview visit days before CBD opened for business."

Steven Doyle, CraveDFW: "The biggest surprise for me was Justin Holt's pop-up restaurants where he served five dollar ramen that was skillfully and thoughtfully prepared. I ran across Holt a few nights ago after another pop-up at The Libertine where he sold out in 15 minutes. He was all smiles and said that he will be doing more with his ramen into the new year."

foodbitch, blogger: "Holy shit I had twins! Kidding. Kind of. I guess I was pretty surprised to see Tiffany Derry leave Private | Social and then to see it close soon after."

Whitney Filloon, Eater Dallas: "John Tesar was full of surprises this year, what with the announcement of expansion into the fast-casual seafood realm as well as taking over the restaurant at Hotel Palomar. Also the closings of The Pearl Cup and Tried & True took me by surprise."