Here's a look at the construction progress inside Shady's Burgers & Brewhaha, slated to open April 1 in Richardson's II Creeks development — the same shopping center where an outpost of beloved indie coffee house The Pearl Cup is also gearing up to open.

Designer Katie Perkins describes Shady's as a "community burger joint", and it's in fact the brainchild of six neighborhood guys; she says the interior will feature "vintage and industrial nods", with a majority of the supplies sourced locally. It will feature an expansive patio shaded by oak trees, with a full bar serving inside and out. The menu will focus on burgers, naturally, and will start out with half a dozen or so selections, along with a few sandwiches and salads; gluten-free buns will also be offered. 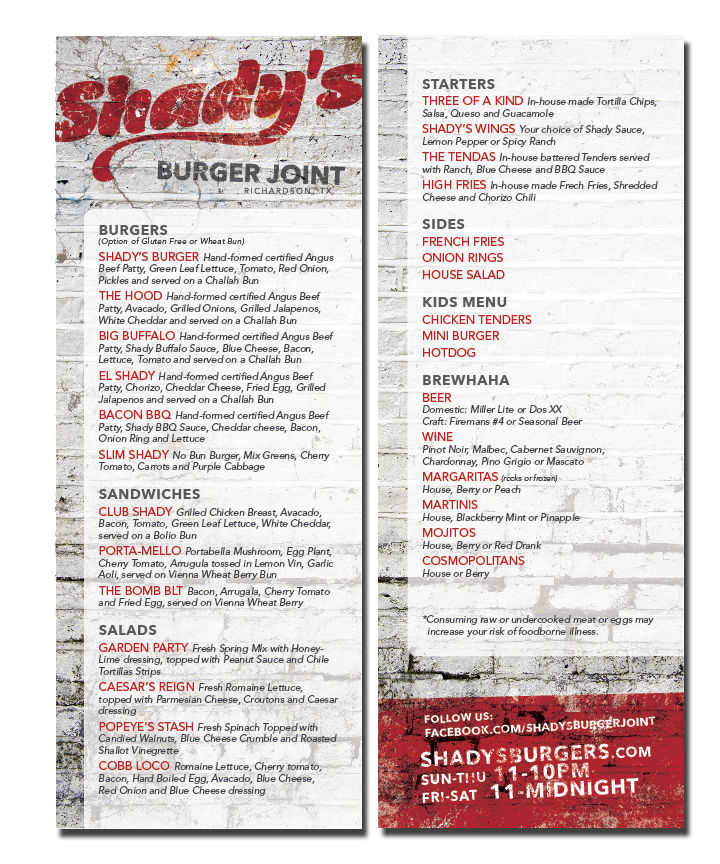