Where Boulevardier's Nathan Tate Eats Off the Clock

Share All sharing options for: Where Boulevardier's Nathan Tate Eats Off the Clock

Welcome to Where Chefs Eat, a semi-regular Eater feature in which we grill local chefs to figure out where they dine when they're off the clock. 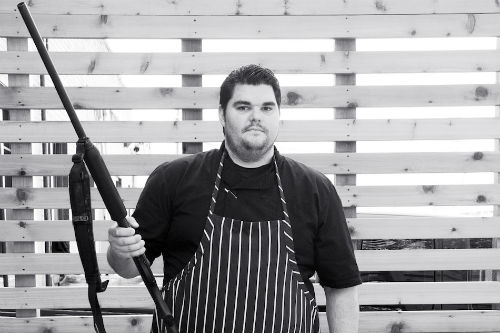 Chef Nathan Tate first caught the eye of discerning Dallas diners when he cooked alongside chef Randall Copeland (RIP) at Restaurant Ava, their upscale but laid-back Rockwall resturant where they showcased their passion for locally sourced food and their obsession with making everything from scratch.

These days you'll find him in the kitchen at Boulevardier, the Bishop Arts French phenom that has had diners and critics alike gushing over crawfish beignets, housemade charcuterie and one killer burger since it opened its doors last summer. But certainly it's not all oysters on the half and steak frites for Tate — Eater recently grilled him on where he likes to eat when he's not manning the stove.

Where do you go for a quick lunch?
Lunch? What's that? A double scoop of whey protein!

Date night destination?
Lucia. Nice and cozy and some really cool people own and run it.

Any other favorite Dallas places?
Victor Tangos, The Grape, and Tei Tei.

Do you ever (gasp) eat fast food?
Well... Sometimes you have limited options. I've been known to hit up Taco Bell a time or two at 1:30 in the morning, just not lately.

What about when you're traveling in other cities?
Herbsaint in New Orleans is awesome! I try to go to the Glass Onion every year in Falmouth on Cape Cod.