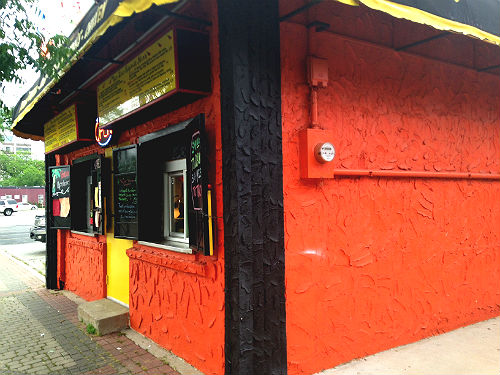 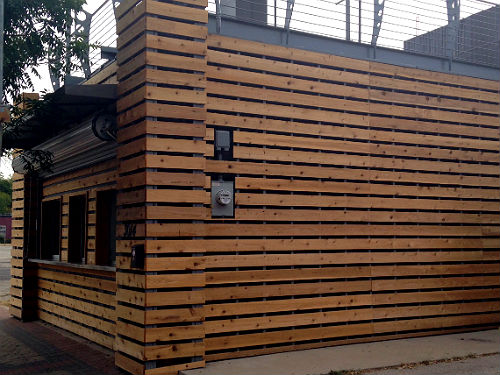 Gone is the bright orange paint, replaced by modern wood slats. (Slide the center bar for before and after.) [Photos: EDFW]

A partner in the upcoming restaurant (which is just around the corner from where work is beginning on the new Wild About Harry's) tells SideDish it will offer "real, honest, good hand-pulled Chinese noodles, pork buns, dumplings and soup dumplings with some good Chinese veggies done in a fresh/modern way." (Major bonus: The location already sports a rather enviable rooftop deck.)

With the impending openings of Toko V, Tanoshii Ramen, and now Monkey King all on the horizon, it's looking more and more like Morning News Leslie Brenner was right about that whole "Asian hipster food" thing trending this fall.