The Eater Dallas Guide to State Fair of Texas Guides

Share All sharing options for: The Eater Dallas Guide to State Fair of Texas Guides

Got a hot State Fair-related tip, or just want to share your thoughts on the new fried foods? Hit us up via the tipline (or the comments). 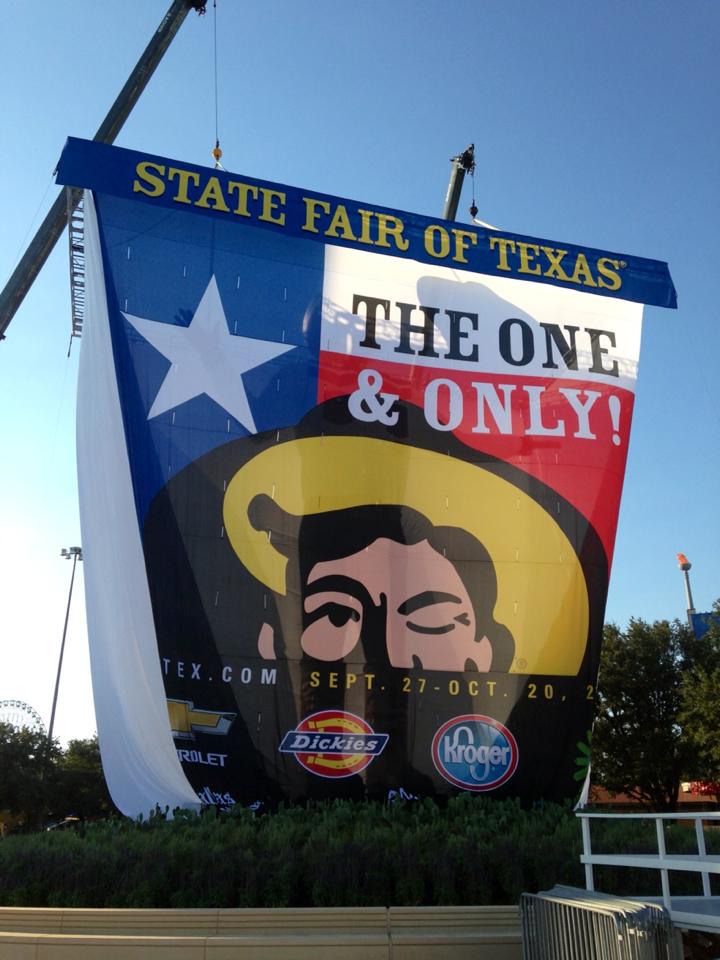 The 2013 State Fair of Texas kicks off tomorrow at 10 a.m. in Fair Park, and naturally, the impending corny dog stomachaches and petting zoo visits are basically all that any Dallas media outlet can talk about right now.

The brand new face of patron saint of fried foods Big Tex was just revealed nearly 24 hours early due to high winds messing with the curtain that was intended to conceal him till tomorrow's big reveal, further adding to the State Fair mania currently sweeping social media.

With so many State Fair guides popping up left and right, it's getting just a tad bit complicated out there. Fortunately, we've created this handy-dandy guide to navigate all other guides (we'll update as more pop up):

If You Just Want to Find the Damn Deep-Fried Nutella: SideDish has you covered with this list of all the new-this-year foods and where exactly at the Fair they can be located. (Personally, we'll be headed straight for the Loaded Avocado Crispy Fries, which are appropriately enough located "at the Funway.")

If You Actually Want to Do Things Other Than Stuff Your Face: D Mag headquarters has clearly gone State Fair-crazy, as news blog FrontBurner is chiming in with their own less food-centric guide to the first week of all the Fair action. Their suggestions? Blow off work for the Opening Day parade downtown; catch Blondie at the Silverado Main Stage; scope out the pig races; go on a guided livestock tour; watch a demo on how to milk a cow; check out the Chinese Lantern Festival; and many, many more.

If You Want a Laugh, But Very Little Actual Information: The Dallas Observer's Cheap Bastard is here to mostly entertain rather than inform, presenting plans of attack for many different budgets, including $0. To that end, she suggests that you find free parking (at "your favorite hooker's apartment," perhaps?). Or if you've got a bit more cash to work with, perhaps you should "pre-drink 18 Four Lokos at home for free," then blow the rest of your budget on fried chocolate-covered strawberry waffle balls on a stick and a Ferris wheel ride.

If You'd Like a Map More Useful Than the Official Fair Version: The Cheap Bastard does double-time with this handy-dandy State Fair map that contains helpful tidbits of info like the best bathrooms (Creative Arts building!), best place to puke (Midway, obviously), and some suggestions for prime Instagramming opportunities (signs that say "balls," of which there are many).

If You Don't Want to Blow Your Entire Paycheck: Meanwhile, Central Track wants you to know that it's entirely possible to make it through the fair without dropping a zillion dollars, and no, you don't have to pre-game with Four Loko. They offer helpful tidbits like "know your discount days" (you can get in for $6 on opening day if you bring an unopened 20 oz Coke product); get a season pass (we had no idea that existed); and try to snag a free parking spot near Amsterdam Bar.