Leading the kitchen will be Juliard Ishikuza, who's done time in some of the city's big-name kitchens including The Mansion on Turtle Creek. The menu is diverse both in cuisine and price, with starters like tuna sashimi and miso-glazed eggplant ranging from $9 to $15, and steaks hovering around the $30 to $50 range; the most expensive burger, The Voodoo, comes in at $15 and is topped with a crabcake and crispy onions. The trendy kale Caesar salad makes an appearance on the menu as well, and there's a small selection of sides including the now-requisite Brussels sprouts with bacon, plus a dessert menu that strays from the typical creme brulee and chocolate cake options with "Cocoa Cola" marshmallow cake and blueberry bread pudding with butterscotch sauce. 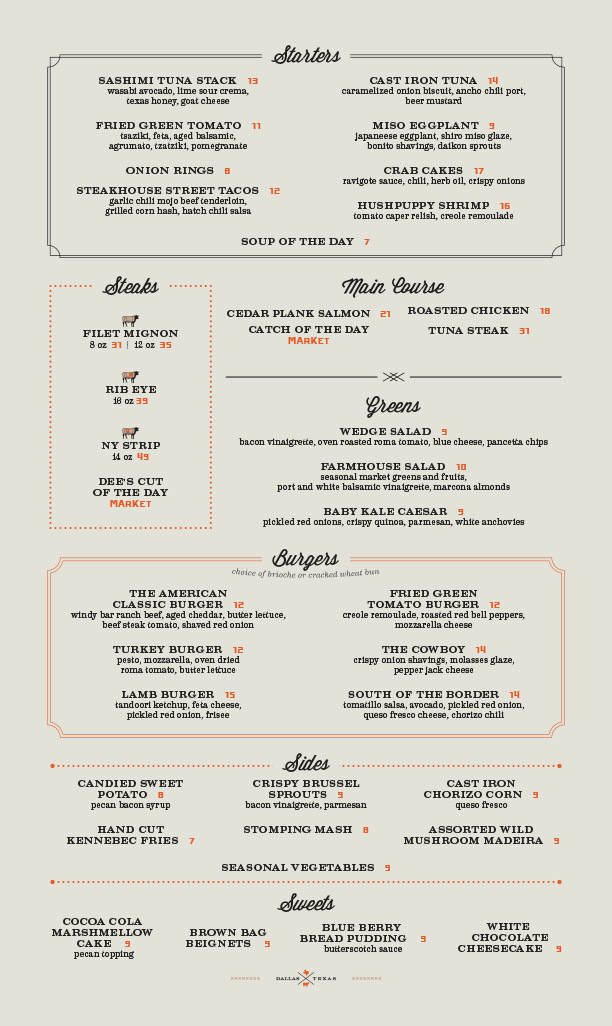 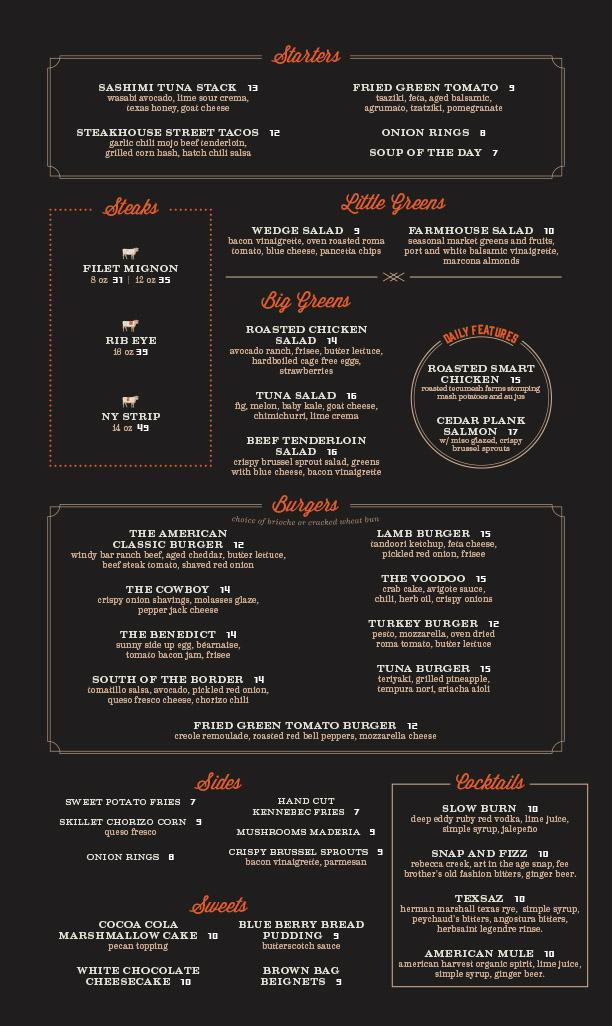 · 25 of the Most Anticipated Fall Openings [-EDFW-]

Peek Inside Cafe Duro, the Most Charming New Spot in Lower Greenville