Down the Rabbit Hole With Denton Co.'s New Brewery

Share All sharing options for: Down the Rabbit Hole With Denton Co.'s New Brewery

If you're driving through the small town of Justin, Texas on a mission for something besides beer, finding the newly opened Rabbit Hole Brewing might come as a bit of a surprise. The brewery building, with its small tap room and beer garden, shares a gravel-paved neighborhood with a couple of anonymous machine shops, overgrown vacant lots and one solid waste disposal plant. Look past these and you'll get a better view of Justin's skyline — a water tower, a couple of silos and a grain elevator. The city's population? A whopping 3,324. When you arrive in this tiny town, which is nestled about 15 miles southeast of Denton, there's probably a good chance you'll wonder: What the hell is a craft brewery doing out here? 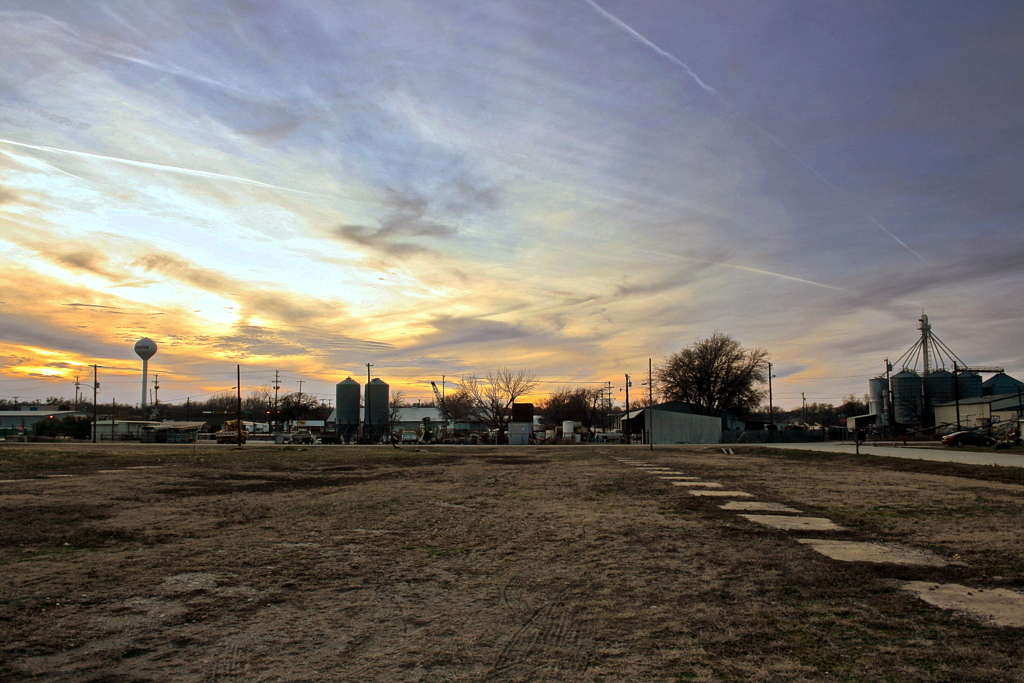 Rabbit Hole Brewing owns this lot a block away from their current brewery. When they outgrow the building they're in now, they plan to build a bigger brewery here.

Rabbit Hole Brewing founder Laron Cheek explains: "We chose Justin because they really wanted us here. We talked to other cities and towns ... some were kind of hostile to us," he said.

The response from the people of Justin, on the other hand, couldn't have been more positive — 105 people attended the brewery's first day of public tours last Saturday, including the city's mayor. "We want to give Justin its own personality, and they're very open to us being a part of that ... we want our beer to be a part of the city," Cheek said.

Cheek, who admits he's better at drinking beer than making it, handles the business side of Rabbit Hole Brewing. His co-founders and friends Tom Anderson and Matt Moriss get their hands a little dirtier, with Anderson creating and tweaking beer recipes as director of brewing sciences and Moriss bringing them to life as the company's head brewer. The three founders also recently hired Tait Lifto as Rabbit Hole's sales director, hoping to bring their brews to a wider audience with his experience as a former salesman for the Deep Ellum Brewing Company, one of the Metroplex's most widely-recognized craft breweries. 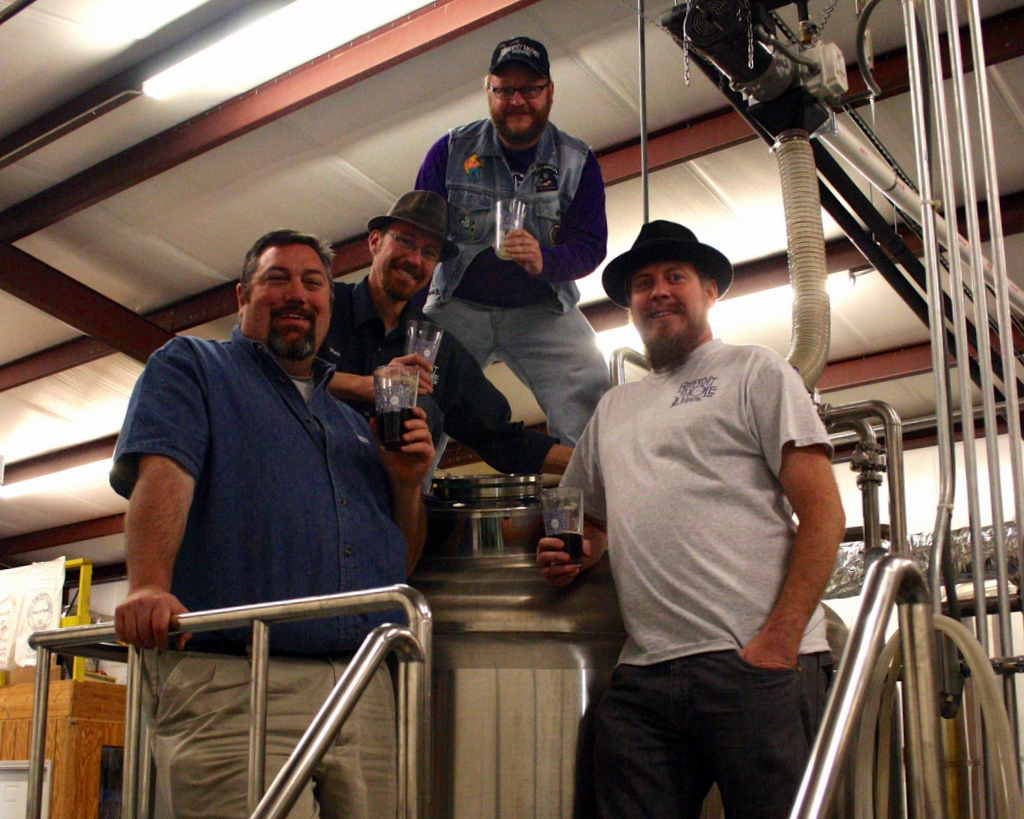 Morriss says part of the reason their business got off the ground is that they don't always have to be nice to each other. "We complement each other well. We're not afraid to piss each other off. The way I phrase it is that we often come to violent agreement about things — we just work well together because we aren't afraid of each other. We bring different perspectives to the business, and working together we're able to construct something bigger than any one of us could do."

Morriss met Cheek and Anderson through the Texas home brewing scene, at a time when all three men considered themselves beer connoisseurs. But that wasn't the case when Anderson met Cheek for the first time. The two were in line for an Anne Rice book signing at a Barnes and Noble in Dallas sometime in the mid-to-late 90s.

The fellow Anne Rice nerds ended up stuck for nearly eight hours, with little else to do but talk. What happened next seems all too apropos for a story of a brewery's origins. By the time their books were signed, they wanted to keep talking, so they went to a Bennigan's across the street to grab a beer. Cheek tried to order a Coors Light. Anderson — who was already a home brewer at that point — interjected, saying, "Let me pick something for you." He ended up ordering Cheek a Pete's Wicked Summer Brew, an early craft beer no longer in production.

After Cheek tasted that, there was no going back. Morriss says that's part of where the name Rabbit Hole came from: the idea of going on a journey. In this case, it was a journey from bland beer to something better. 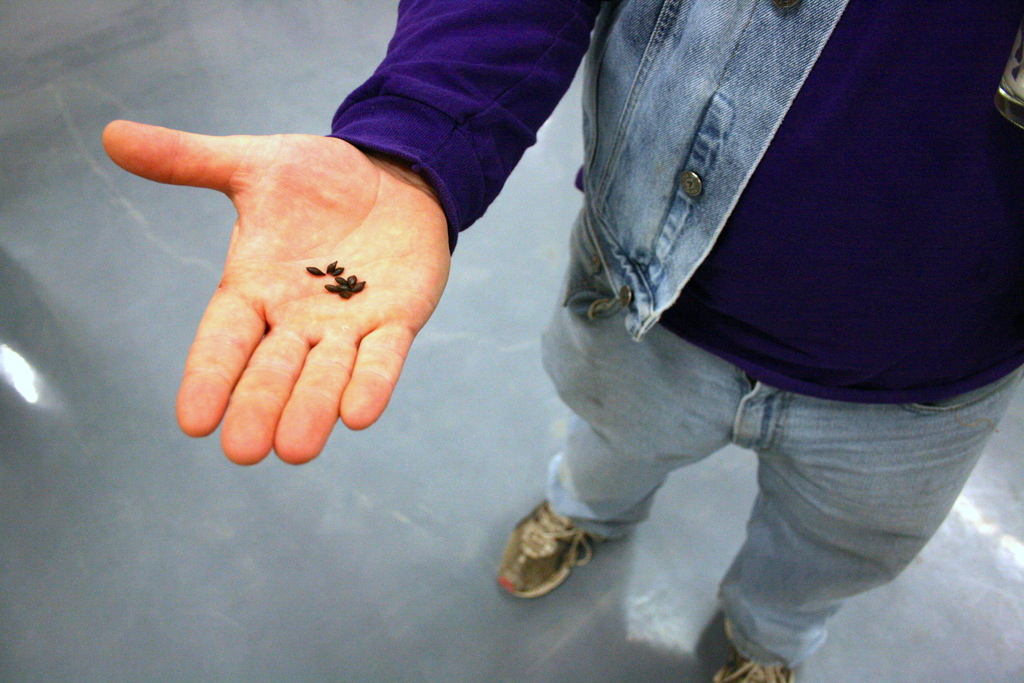 Director of Brewing Sciences Tom Anderson shows off a handful of chocolate malt, a toasted grain used to add color and flavor to the brewery's Rapture Brown Ale.

"It's our progression from being beer novices to beer connoisseurs to home brewers to where we are now ... and all of our customers have the same story, the same journey, to tell. The details are different, but just about every craft beer drinker out there can tell you what that first beer was."

The three men were friends experimenting with home brewing when Cheek says they realized that together, their talents might be able to take them somewhere bigger. "We sat down and figured it out, and said 'You know what? We can actually do this.' We can share our beer with the world and still be able to keep up with our house payments. When we finally decided to do it, we went all in," he said.

Part of their journey toward building a brewery included a brush with fame. Retired Dallas Stars ice hockey legend Mike Modano, who the group met through a mutual friend, is actually an investor in Rabbit Hole Brewing. He's been drinking their beer since they were still home brewers.

Cheek and Anderson, who call themselves "die-hard hockey fans," say the partnership still surprises them. "We've been partners with Mike for about a year now, and I still have to turn the fanboy off sometimes when we're in a meeting ... we'll be talking about this negotiation, that contract, and I look up and go, 'Holy crap, that's Mike Modano!'" Cheek said.

The brewers even named their first beer Modano 561, named for the player's record number of career goals. Modano worked with Rabbit Hole to create a beer that matched his own tastes, and ended up with a German Kolsch. Cheek says Modano's fame in North Texas has opened some doors for the company. "Mike will go out to a restaurant with his wife, and the manager will obviously end up at his table, and Mike looks up and goes, 'Why don't you carry my beer here?' And the next day I'll get a phone call." 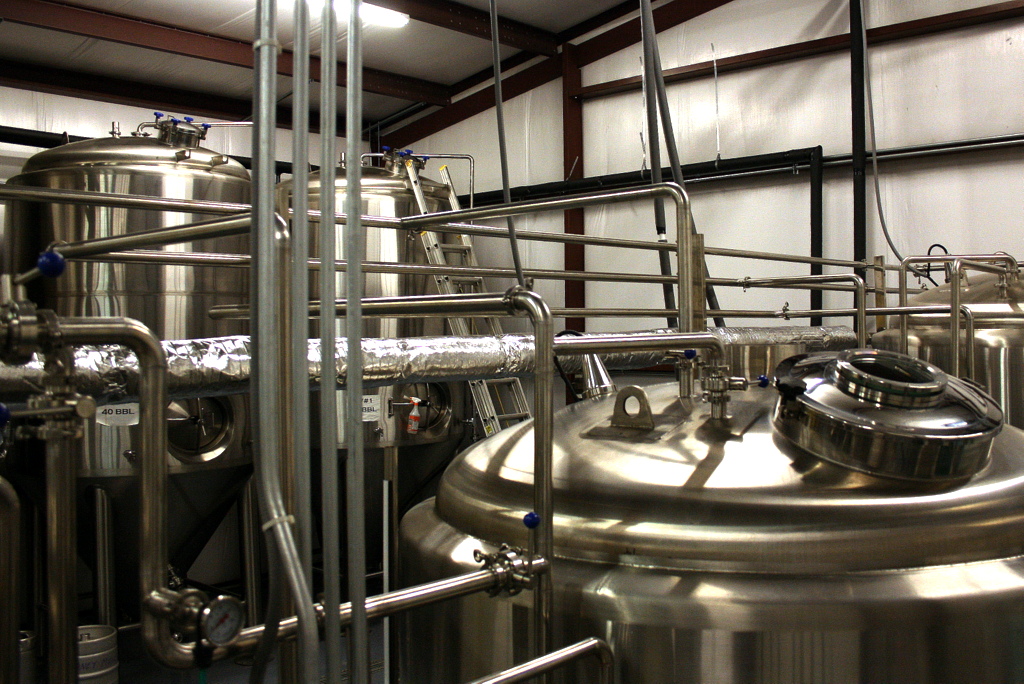 Rabbit Hole Brewing's beers are only available on tap for the time being, but Cheek says he's confident in the company's growth. The three brewers also own an empty lot a block down the street from their current building, and they're already planning to build a bigger brewery in the space once demand outgrows their existing facility. "We're way ahead of where we thought we would be by this time," Cheek said.

Rabbit Hole's on-site taproom and beer garden is open while the brewery is offering tours, which is from noon to 4 p.m. on Saturdays. Their beers are also available on tap in more than 30 locations in Dallas, Fort Worth and Denton. Scope out this map to find a location near you.