A Guide to Denton's Small But Mighty Food Truck Scene

Share All sharing options for: A Guide to Denton's Small But Mighty Food Truck Scene

Besides a killer local music scene that gives Big D's a serious run for its money, the city of Denton has its own brewery, its own pretty awesome culture blog and a burgeoning food truck scene that is surprisingly well-supported by the small town's committed residents. Plenty of established trucks from Dallas and Fort Worth make the trip to Little D on special occasions, but these five local food trucks are the ones you can count on. 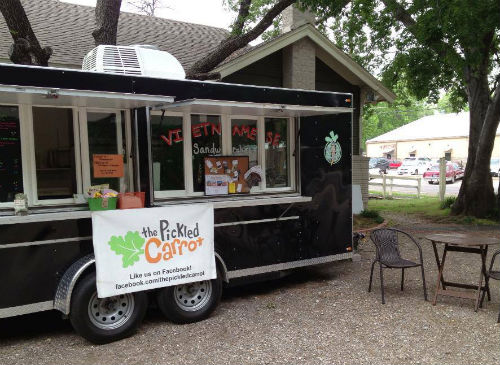 It's hard to make biting into a banh mi sandwich feel better than it already does, but The Pickled Carrot is certainly trying. This Vietnamese sub truck donates all tips to Denton's Community Food Center, so you can fight your own hunger and the hunger of those around you at the same time. The truck also serves up noodle bowls, salads and homemade cucumber lemonade. Sriracha cultists, rejoice. [Facebook / Twitter] 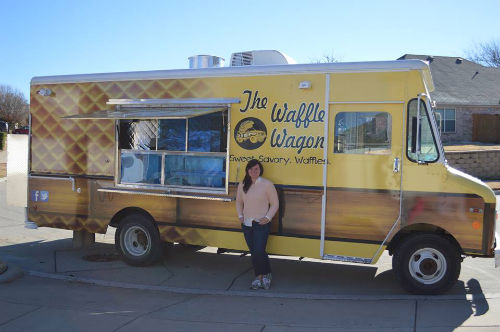 Arriving on the scene less than a month ago, The Waffle Wagon is still making waves in Denton with its sweet and savory waffle sandwiches. Most nights you'll find it parked behind the Oak St. Drafthouse or East Side Social Club, a warm oasis of breakfast food to tempt the evening drinker. Sure, a waffle hamburger with a side of syrup might sound weird at first, but just wait until you've had a few cocktails. [Facebook / Twitter] 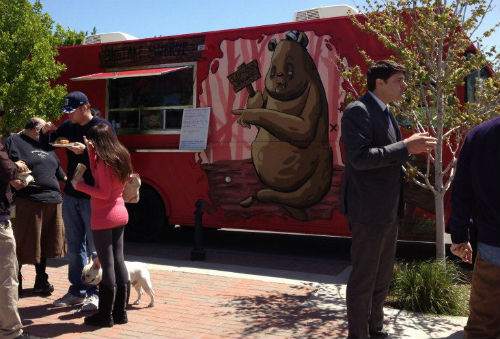 For such a hip young town, finding tasty vegan food in Denton isn't always that easy. Shiitake Swerve is doing its best to change that with an expansive all-vegetarian, mostly-organic menu. As you may have guessed from the name, mushrooms are everywhere you look, with dishes including a Jamaican jerk mushroom sandwich and a variety of "gourmet" grilled cheeses stuffed with smoked mozzarella, aged cheddar and grilled mushrooms. The truck also has gluten-free and vegan options, and the menu changes daily to keep hungry hippies hooked. [Facebook / Twitter] 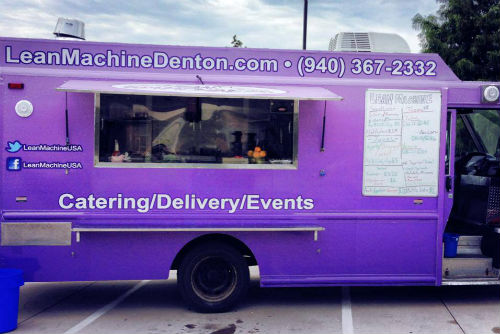 Billed as a "health-conscious" food truck, Lean Machine opened quietly last summer to serve tacos, pressed juices and smoothies. Using ingredients like turkey bacon, portobello mushrooms and fresh spinach, it looks like Lean Machine is trying to reach customers who wouldn't typically indulge in the offerings of a taco truck — so it makes sense that you'll often find the truck parked in front of one of Denton's gyms to cater to the post-elliptical crowd. [Facebook / Twitter] 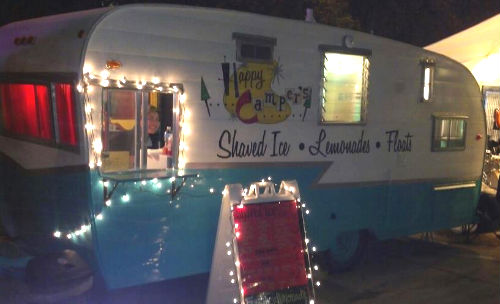 Okay, so you'll have to hold out for warmer weather to get a taste of this last truck, but Happy Camper's is worth the wait, featuring shaved ice, ice cream floats and fresh-squeezed lemonade served out of a vintage 1959 travel trailer. Plus, they like to hang out in the parking lot of Hoochie's Oyster House so you can pair your shaved ice with dollar oysters and a bucket o' beers. [Facebook / Twitter]

Follow the aforementioned trucks on Twitter and Facebook to stay abreast of their locations; @DentonTrucks is another good source to keep up with all the latest food truck happenings in and around Little D.