You may not have heard much about Victor Tangos as of late, particularly with all of restaurant group Consilient's new concepts like AF+B and CBD Provisions hogging the spotlight. Long a Henderson Avenue staple for its lively bar scene, excellent cocktails and tasty shareable plates, it's quietly been evolving into a restaurant that feels so very 2014, thanks in no small part to a passionate staff and a creative young mind in the kitchen: 28-year-old Kirstyn Brewer.

The Los Angeles native succeeded Greg Bussey as executive chef back in January of 2013, and has been slowly infusing the menu with her unexpected, imaginative flavors since. Aside from a few classic VT dishes, the menu is now largely Brewer's own — think meaty slabs of grilled celery root with a bright, anchovy-spiked tonnato sauce or pork belly over barbecued lentils, a clever play on pork and beans that makes the slightly played-out protein feel new again with a cooking technique that renders the skin almost alarmingly crunchy. 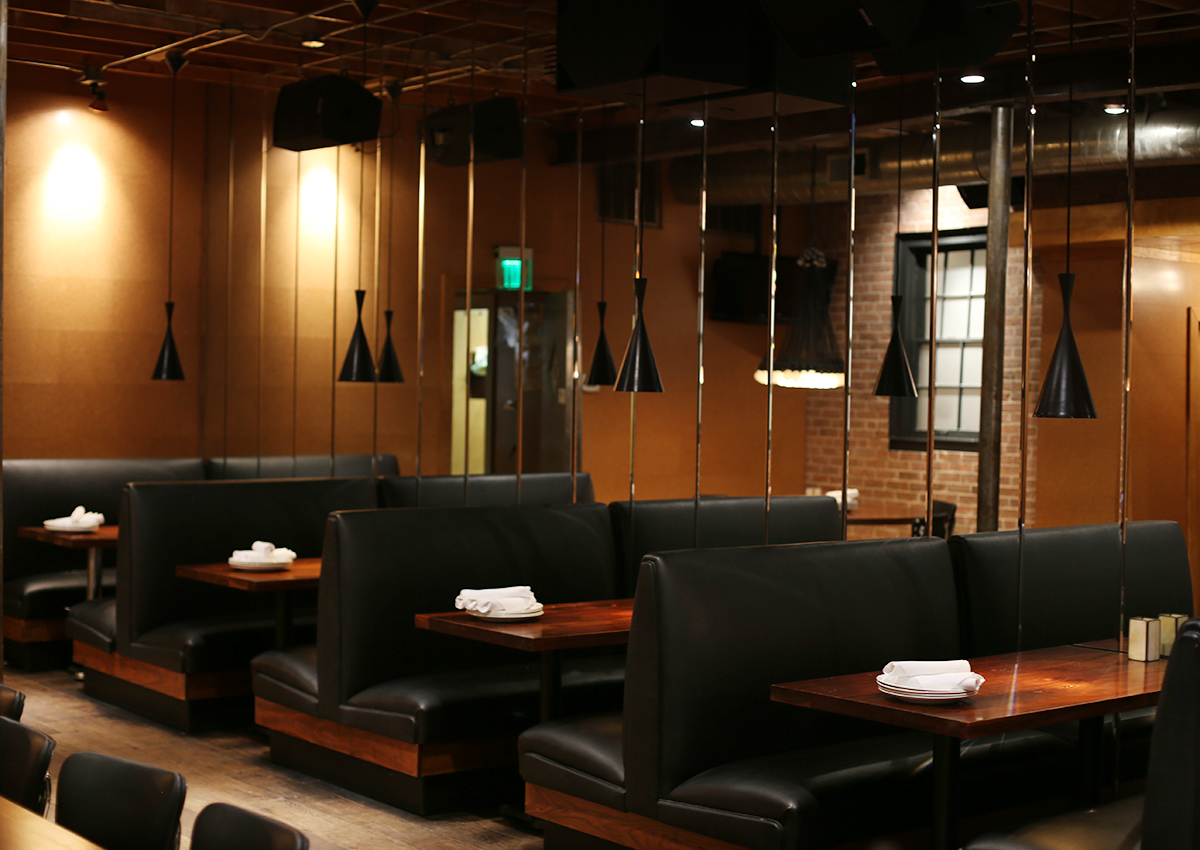 To go along with the creative new menu, Victor Tangos has also brought in some dynamic new talent behind the bar — Alex Fletcher, formerly of The People's Last Stand — and has a fresh, modernized logo that will soon take the original design's place on the front of the building, as well as on the paper and chalkboard menus.

Eater recently sat down with Brewer to chat about the menu, her food philosophies and more:

Tell us about your background.

I don't know if I necessarily always wanted it to be a career, but I always wanted to know more about food and I was always watching cooking shows. If I would go on trips with my family I would always kind of force us to revolve it around food — like, 'Okay where are we going to go for lunch, and then where are we going for dinner?' Then I took a couple random food classes in high school and it was really fun.

I talked to my parents about going to culinary school afterwards and they were not a fan of that. They said they wouldn't pay for that but if I wanted to go to regular school first then maybe after that, so I said ok. I went to Cal State Fullerton for two years and I hated it. I could not get myself motivated to give a shit about anything there, so I stopped and enrolled myself in culinary school [at the California School of Culinary Arts in Pasadena] kind of impulsively without really having any idea of what I was getting myself into and it worked out.

When I was almost done with school there, I got a job at The Viceroy in Santa Monica, got really lucky to land there. It wasn't an internship, it was a paid job and they really should not have hired me. I had zero experience. But it worked out really well, I was there for 2 years before moving on and it was awesome. 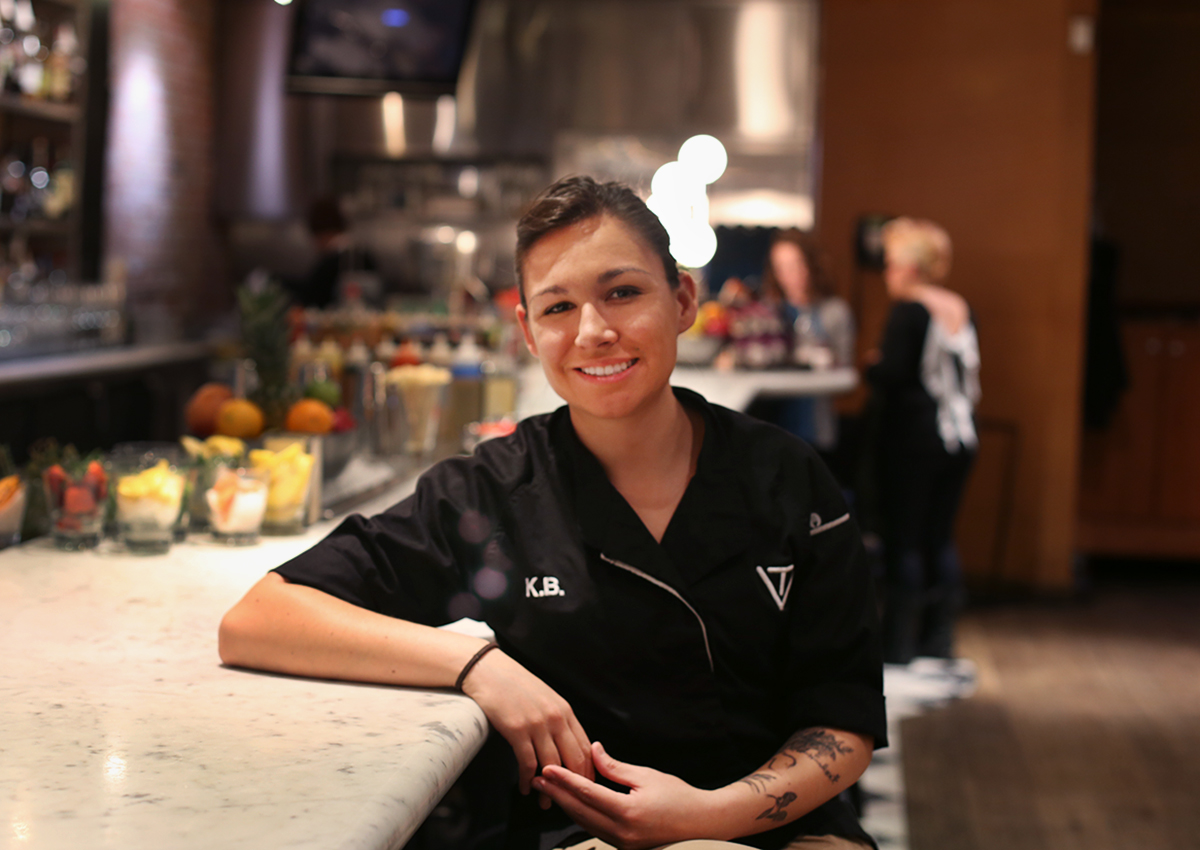 So you came here in 2011 to start at Hibiscus. How was the transition from L.A. to Dallas?

I'd never lived or worked anywhere but L.A. so I figured why not, I'll give it a year and see how it goes. I like it a lot here actually, I feel like it suits me more than L.A. does. LA's just very… I'm kind of more reserved and I'm not really about 'the scene.' Dallas can be a little scene-y but I don't really care abou tany of that. I just want to cook and the people here appreciate good food. They don't really care about fancy techniques and all that stupid molecular stuff.

So you mentioned your parents had some reservations about you becoming a chef.

Now they're all about it. It's totally fine now. [laughs] It didn't take long for them to come around, as soon as I decided that this is what I was going to do. I took out the loan [for school] myself and I immediately loved it, and they were supportive from then on. 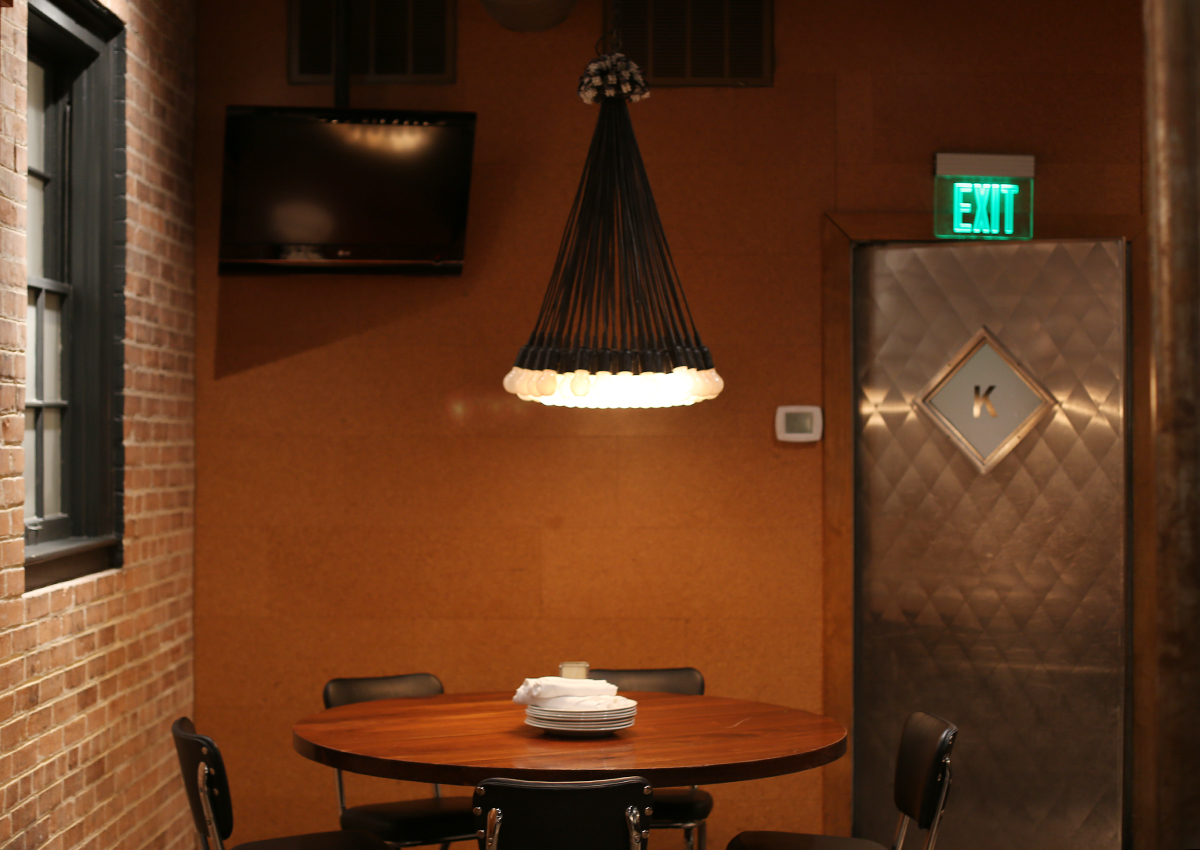 Did you see yourself becoming an executive chef at 28?

I've always been ambitious. I feel like my goal [to be an executive chef] was 30. Sometime a long time ago I said that and then I guess I forgot about it — and when it became obvious that was actually going to happen pretty soon I was like 'Oh, that's pretty cool.' I wasn't expecting it, but I think I was ready for it.

Women are still a pretty vast minority in kitchens. Is that something that affects you at all?

I don't really think about it. I have a female line cook but aside that [I'm the only woman]. I did notice when I came to Dallas that there were a lot less female cooks. I don't think it affects me now. Every once in a while there will be a cook or a sous chef candidiate and I can sense that they might be a little weird about it, but… they don't stick around obviously. I've surrounded myself with people that are great. 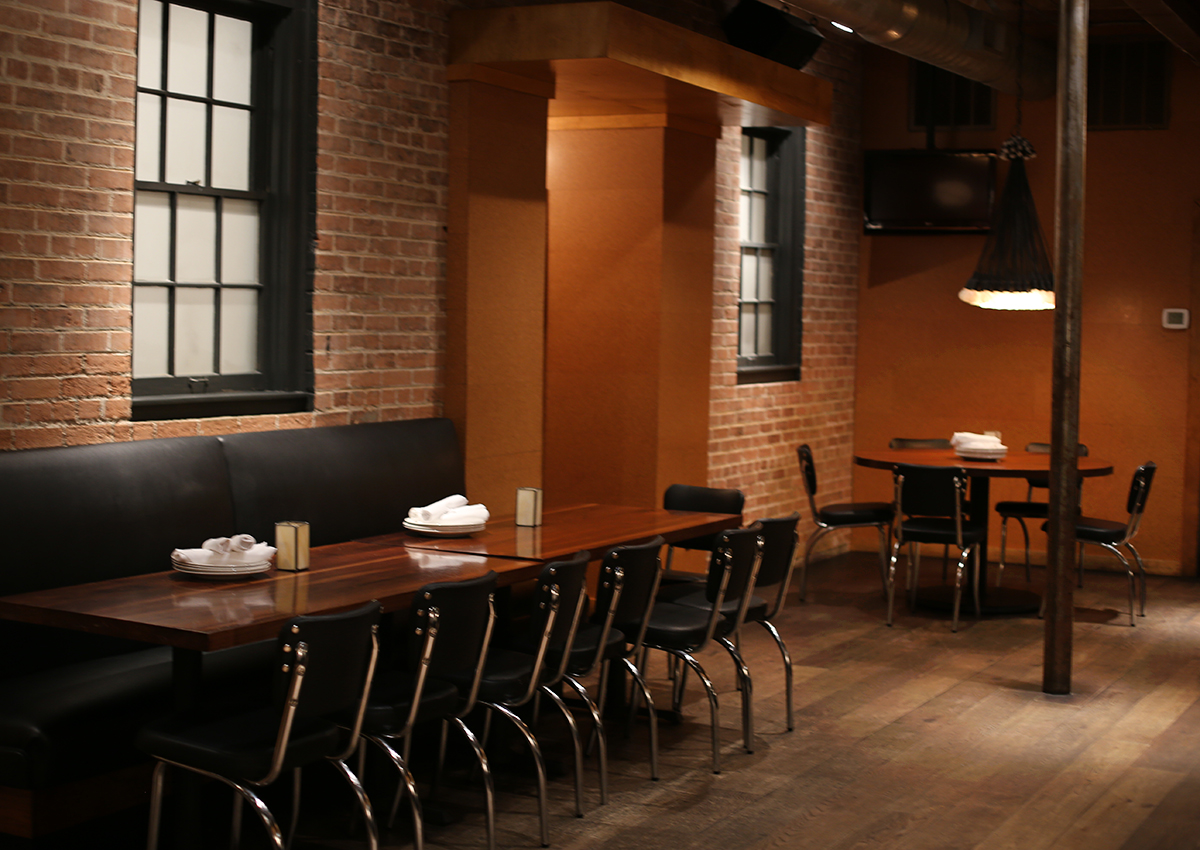 The Victor Tangos menu looks quite a bit more sophisticated than it did a few years ago. What inspires your food or what direction are you trying to take it in?

Just hanging out in the city and seeing what's happening and everything that's going on, I feel like the city itself is evolving a lot. The [old menu items] mini chicken and waffles and mac and cheese for example, they're not on the menu anymore but we still have them for people who come here and want them. We appreciate those guests that want the same thing they've always ordered. But if that were on the menu as it reads now, it would feel out of place because it's just evolved past that, and I feel like the whole city has.

The people haven't changed, they still want something that's easy to enjoy, so I try to take ingredients they might not have heard of or combinations they might not have had and interpret them so it still eats the way that you would want to... It's homey, it's comforting, it's easy. This place is fun because there's not really an overarching theme I have to stick to, I can kind of do whatever I want, and the only reason it makes sense is because it all comes from me. It's shareable and it's stuff that I'll be craving one day and I'll tweak it until I make a dish out of it. And that's why the menu changes every two weeks, because there's always something I want to try. 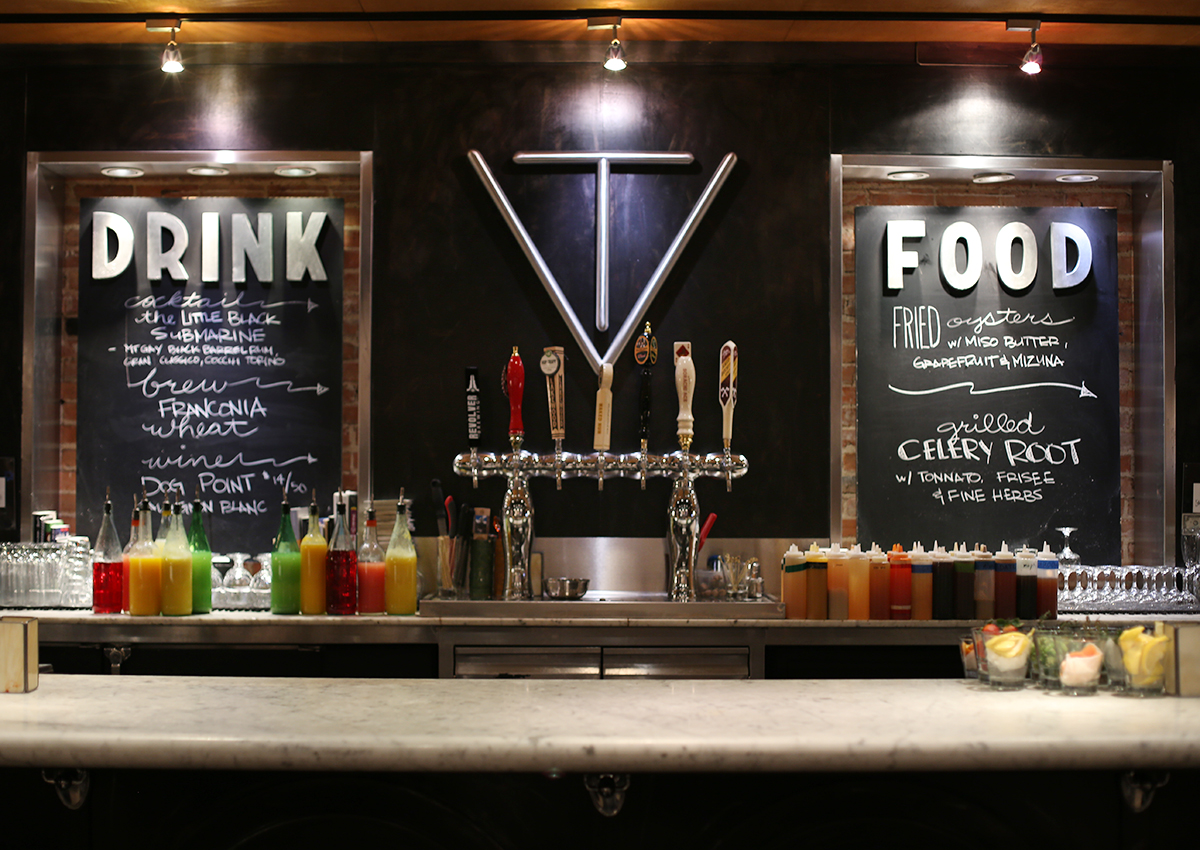 So I've been told that you're really into sourcing things locally wherever you can, but that's not something that's necessarily expressed on the menu.