After opening last summer, Zoli's NY Pizza Tavern in Oak Cliff quickly asserted itself as another wildly successful phase of Jay Jerrier's pizza dynasty. Following the success of both VPN-certified Cane Rosso locations in Deep Ellum and White Rock, Jerrier opened Zoli's to bring a new style of pizza to Dallas that it was sorely lacking — the classic New York-style pie.

In his quest for pie supremacy, Jerrier brought on lifetime pizza expert and native New Yorker Lee Hunzinger to helm the kitchen at Zoli's. Hunzinger brings almost three decades of experience in the kitchen, and it all started in his parents' pizzeria in central Long Island. Eater recently sat down with Hunzinger to talk about what he's learned in his 29 years in the pizza-making biz.

Obviously you're a New Yorker — that accent makes it pretty clear. Where did you grow up?
I grew up in central Long Island, never really made my way into the city, but I worked as far west as Garden City and the Hamptons areas. That's really where I trained. I made pizza my whole life, actually. I started at 13, and I've been making pizza for 29 years.

Starting at 13, how did you end up making pizza? Did you just wander into someone's kitchen and ask to start tossing dough?
My parents decided to up and buy a pizzeria one day, and I love to eat so I was all for it. My parents sold the pizzeria about 5 years later, and I moved on to work with a family friend who ended up really being a mentor to me, kind of like a father figure. I would be sweeping up the kitchen, and he'd let me start tossing dough and trying my own things.

After starting that early, when do you think you finally got good at making pizza?
I think I was good at it by the time I'd turned 17. I'd worked in these pizzerias and at Sbarro, so I really learned how to pick up my speed in a mall-type setting. I was going to college and playing baseball, so I wasn't doing it full-time when I was about 19, but I was offered a full-time gig managing a place, and I started making money. I was studying liberal arts in college and didn't really know what the heck I wanted to do, so I just kind of stuck with the pizza business because I knew I was good at it. 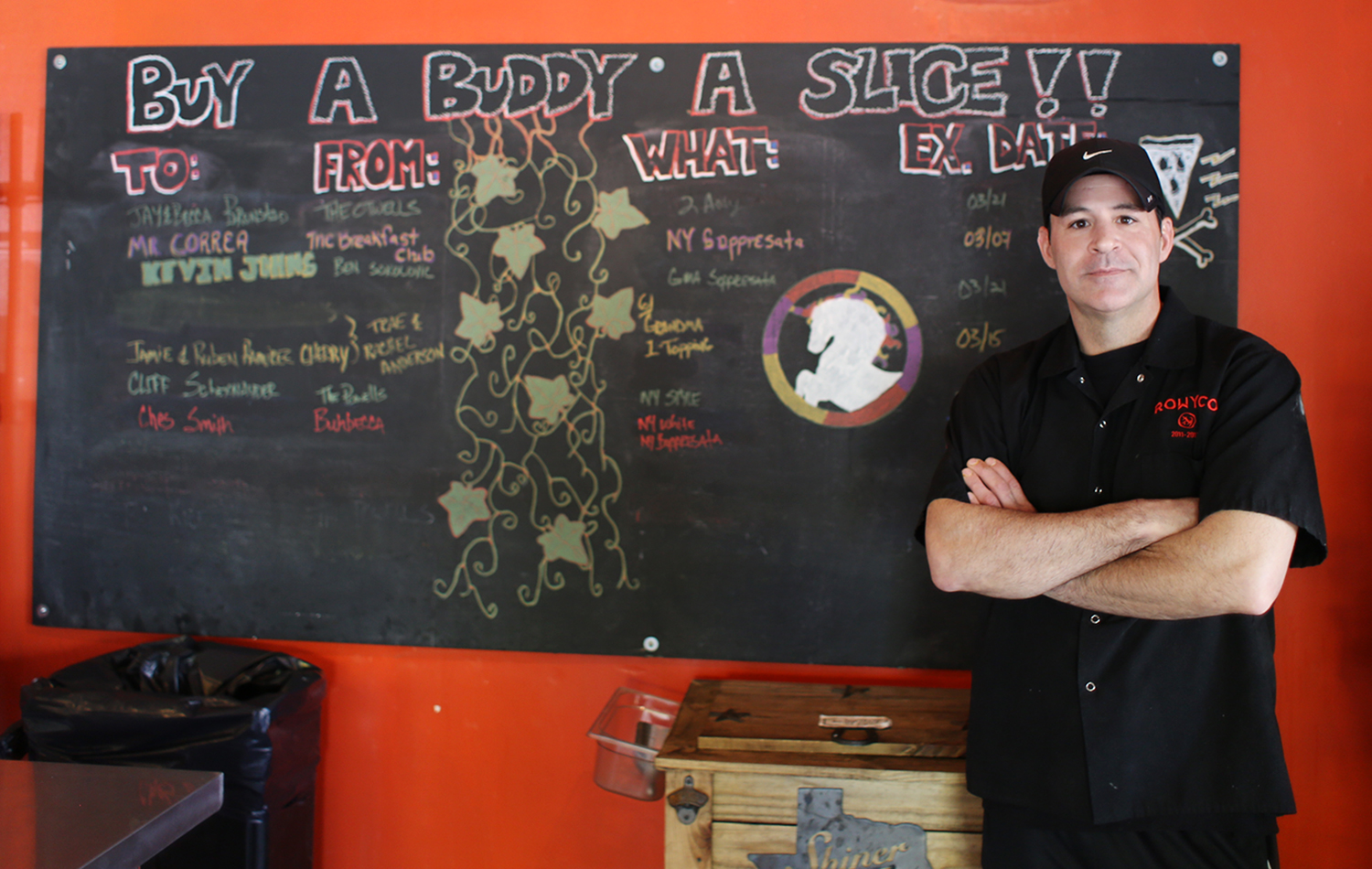 If you weren't making pizza, what would you be doing?
Sports. If I wasn't making pizza, I'd be involved with sports in some way. Definitely baseball. I knew some guys who were camera guys at sporting events and I was really interested in the behind-the-scenes aspect of that.

How long have you been making pizza here in Dallas?
It was two years this February. I'd gone back to New York to be with my family, but I worked with Jay when he just had the mobile pizza oven. We'd toyed around with the idea of opening a New York-style pizza place, and we stayed in touch through Facebook and email when I was back in New York. When he got serious about opening Zoli's, I moved back to Texas.

Before it opened, I was working at Ferarri's Pizzeria in Plano, and doing Cane Rosso catering in the evenings. I also helped set up a wood-burning pizza oven at the Dallas Country Club. I left them in good hands, and came to Zoli's a few weeks ago. I love living in Dallas. There are a lot of really talented chefs and cooks here, and I'm always learning from them. And then, I try to improve the pizza by what I've learned in my 29 years in this business.

What else do you have planned for the menu at Zoli's?
I'm trying a lot of different things. We're working on some different types of rolls, like a chicken parmesan roll I tried last week. Definitely specialty pizzas, I love to experiment. I have probably 15 or 20 recipes for chicken pizza. We tried an eggplant rollatini pie, and that came from me finding a few eggplants in the back of the kitchen. The Nutella banana dessert rolls were a big hit, so you'll probably be seeing a lot of new interesting things on the menu. Right away after coming on here, I started working on the Sicilian slice to make the dough really light and airy. It's already really good, so I'm just doing a little tweaking. 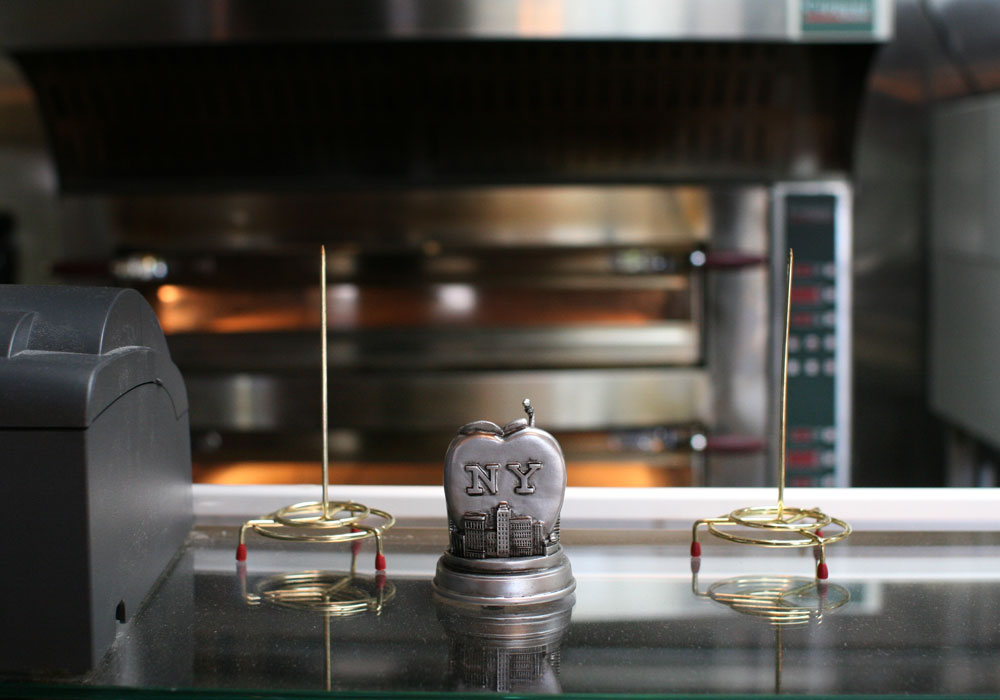 New Yorkers are notorious for being a little (or a lot) snobby about their pizza. Do you think Zoli's is doing something legit?
Oh yeah, absolutely. The flour we're using for the dough here, the tomatoes in the sauce, all the ingredients are probably better than 90% of pizzerias in New York. We use only Grande mozzarella for our pizzas, which is really kind of the standard for New York pizza. I had some people come in the restaurant that grew up sort of close to where I did, and I had no problem recommending our pizza as the real deal.

What about other styles of pizza? Are you super-loyal to New York-style?
I'm definitely loyal to NY pizza, but I respect all kinds. If somebody has a Papa Murphy's or something I'll eat it. I respect anyone's making of pizza. I'm obviously partial to the New York style, but Cane Rosso is good. I've never tried Detroit pizza, and I don't think I've ever had an authentic Chicago style deep dish pizza, but I know it's gotta be different. I'd always be up to try it.

So what does the guy who makes all the crazy specialty pizza put on his own slice?
I keep things simple. On my days off, I don't order in. I'll hand-mix a little dough, make a good sauce, and throw on a little cheese. Then I'll put on sausage and mushrooms. Here at Zoli's I've really come to love Luscher's sausage — he's basically the Abe Frohman of Dallas. You remember Abe Frohman, from Ferris Bueller, the Sausage King of Chicago? Luscher is definitely the Sausage King of Dallas.

Are you planning any other new dishes that aren't pizza?
I just put a stromboli on the menu, and it's my new favorite thing we serve. We wrap up hot sopressata, sweet sopressata, Luscher's sausage, and proscuitto around mozzarella in our dough. It's really good. Whatever Jay asks me to do, I'll do. If he wants sandwiches, then we're going to make kick-ass sandwiches.