Share All sharing options for: CalZOMG: How Cane Rosso Makes The S'Mores Calzone

The majority of calzones occupying pizzeria menus are filled with savory ingredients — cheese, pepperoni, sausage, veg, et al. Deep Ellum pizza legend Cane Rosso may be known for its textbook-perfect Neapolitan pies, but the menu has plenty of quirky additions — hot soppressata marmalade, anyone? — including the s'mores calzone. Here's how it's made: 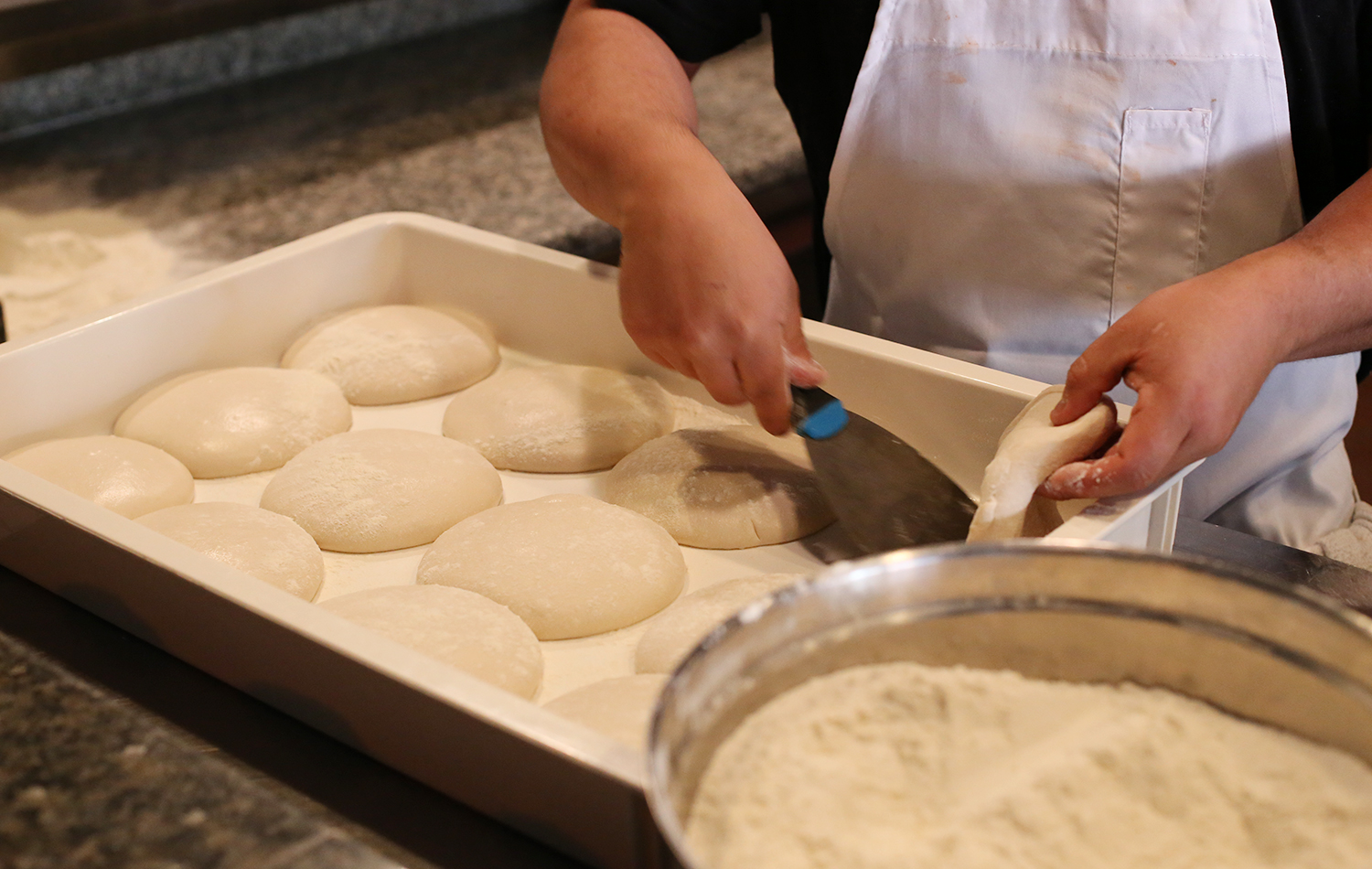 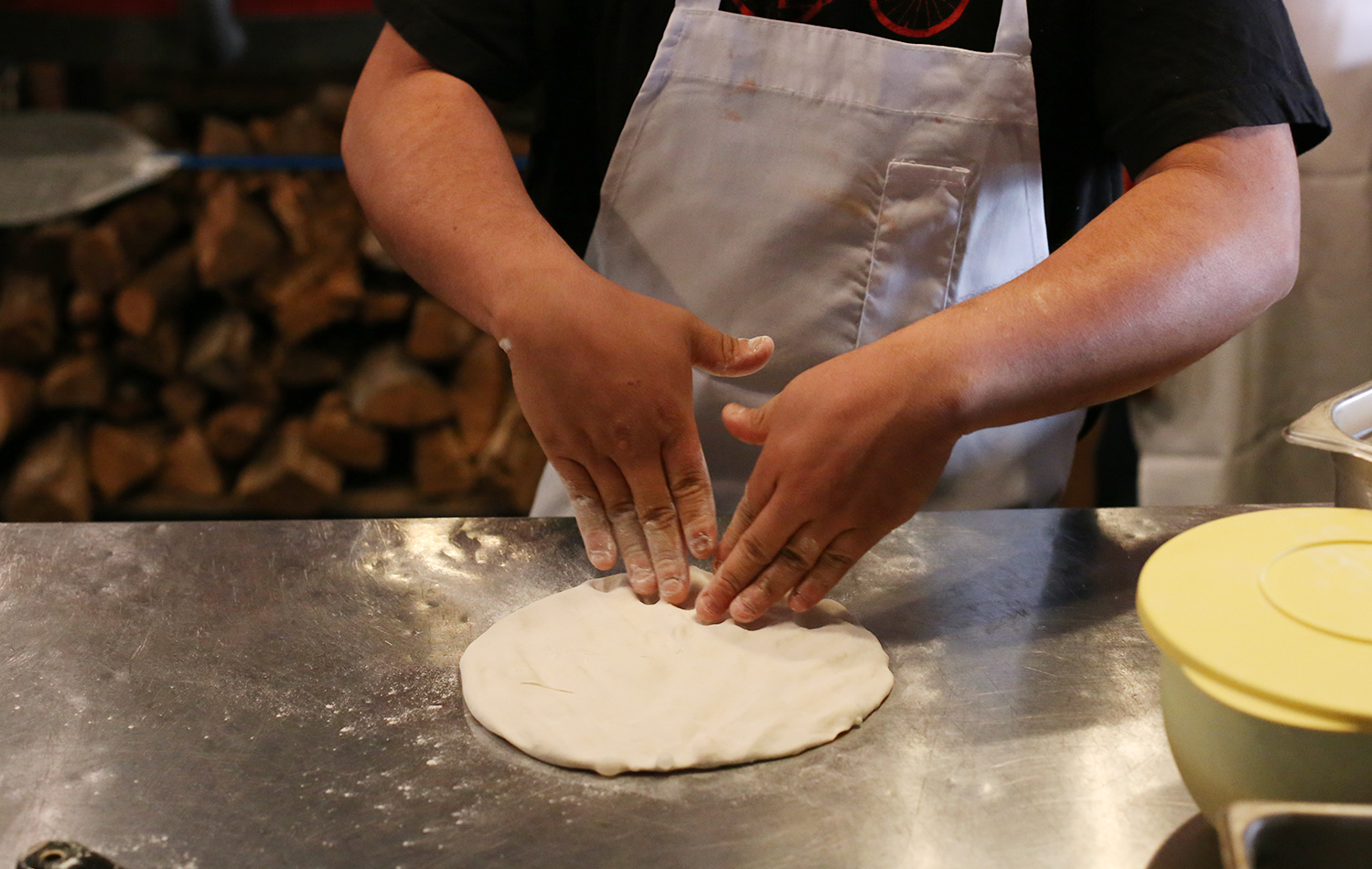 Filled with more marshmallows and chocolate chips than one should probably eat in an entire lifetime, this calzone begins in the same way most of the Cane Rosso pizzas do, albeit slightly smaller. Edgar Valdez, a long-time pizza badass at Cane Rosso, stretches out the dough to a 7-inch round before piling in the aforementioned metric crap-load of sugary marshmallows and dark chocolate chips. 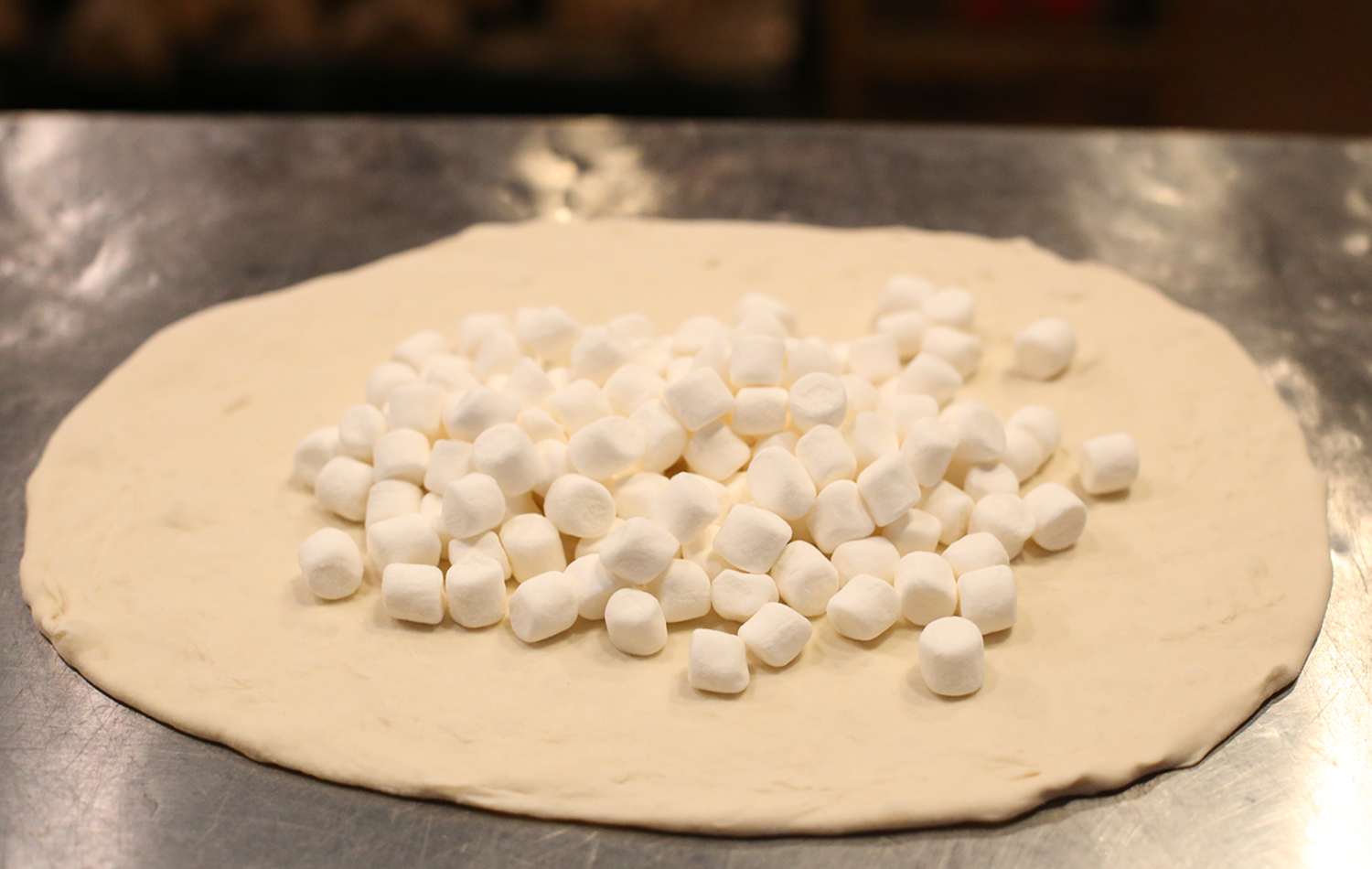 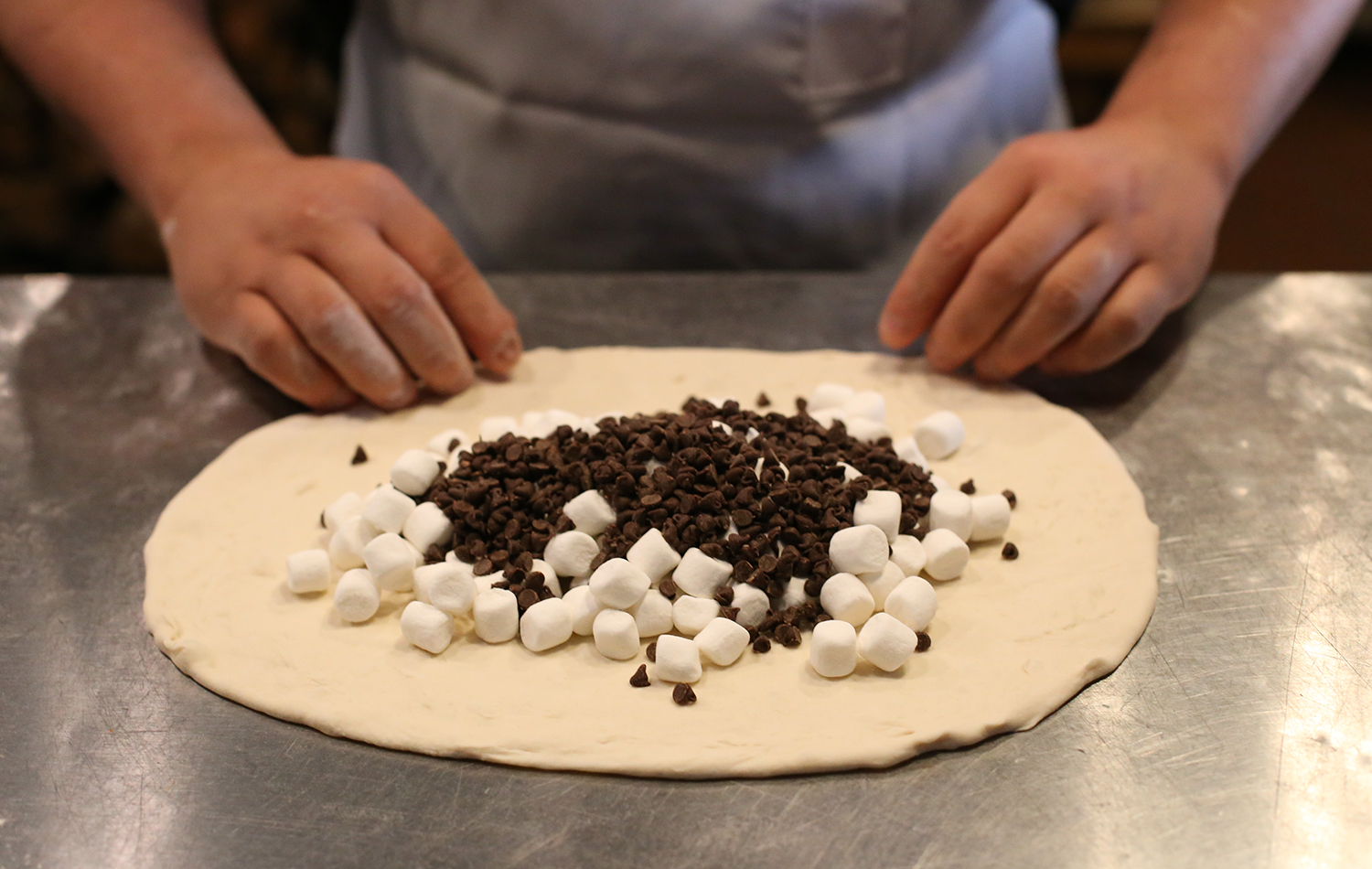 Then, he does the classic fold-and-pinch move that makes calzones special before drizzling the whole thing with a little extra virgin olive oil and sugar. Valdez told me that the sugar quickly caramelizes into a delicious burnt-sugar flavor that mimics the traditional char of campfire s'mores. The only thing that's missing from the traditional s'mores recipe is the graham crackers, but you won't miss those when biting into the sweet charred crust. 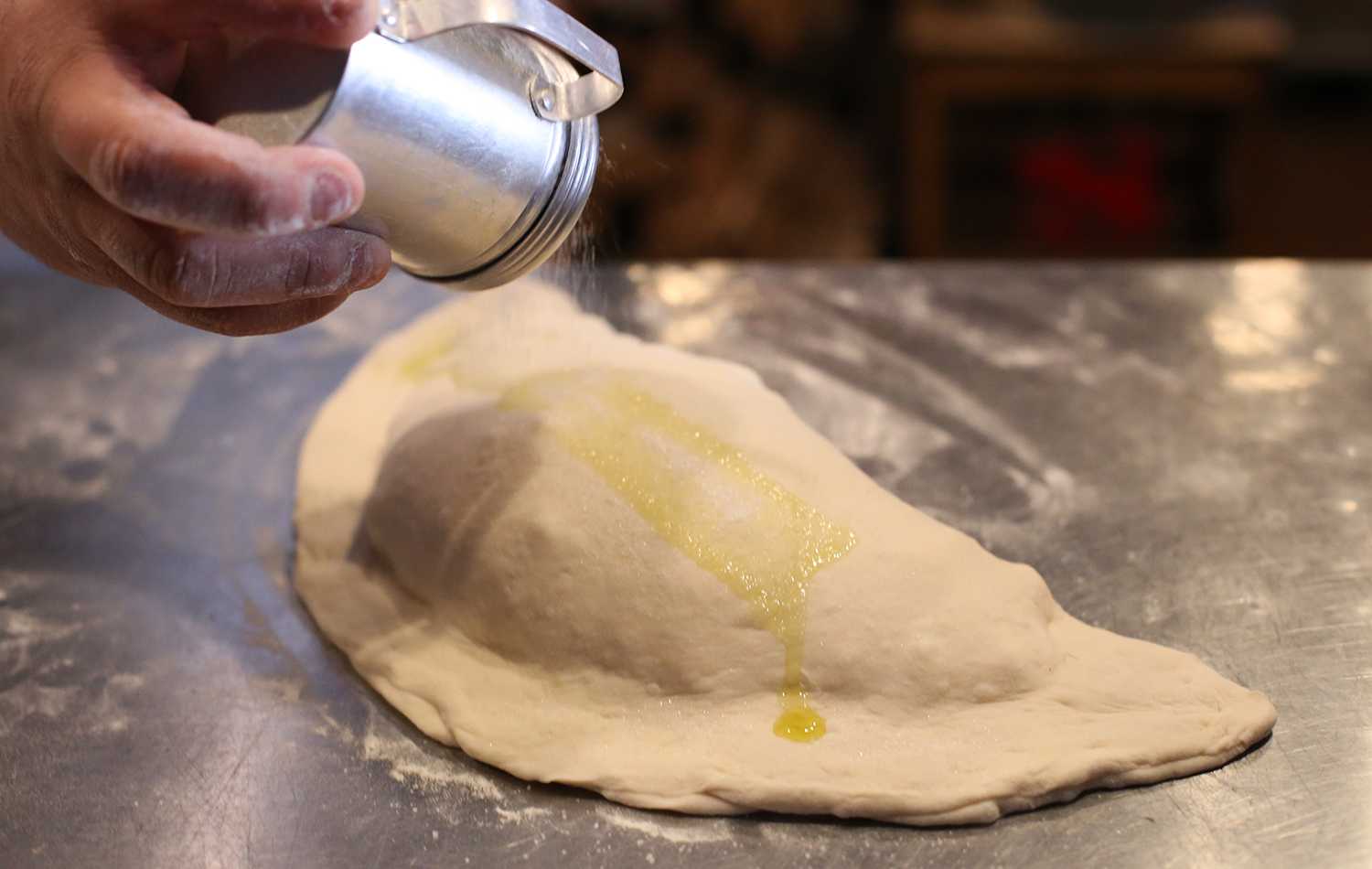 Valdez puts the calzone at the front of the restaurant's scorching-hot oven to keep it from getting burned by the 900-plus degree temperatures that the Neapolitan-style pizzas cook at. Closer to the door of the oven, temperatures are slightly lower, around 600 or 700 degrees. If the calzone is placed too far back in the oven, the filling quickly oozes out of the calzone, making a really big mess. 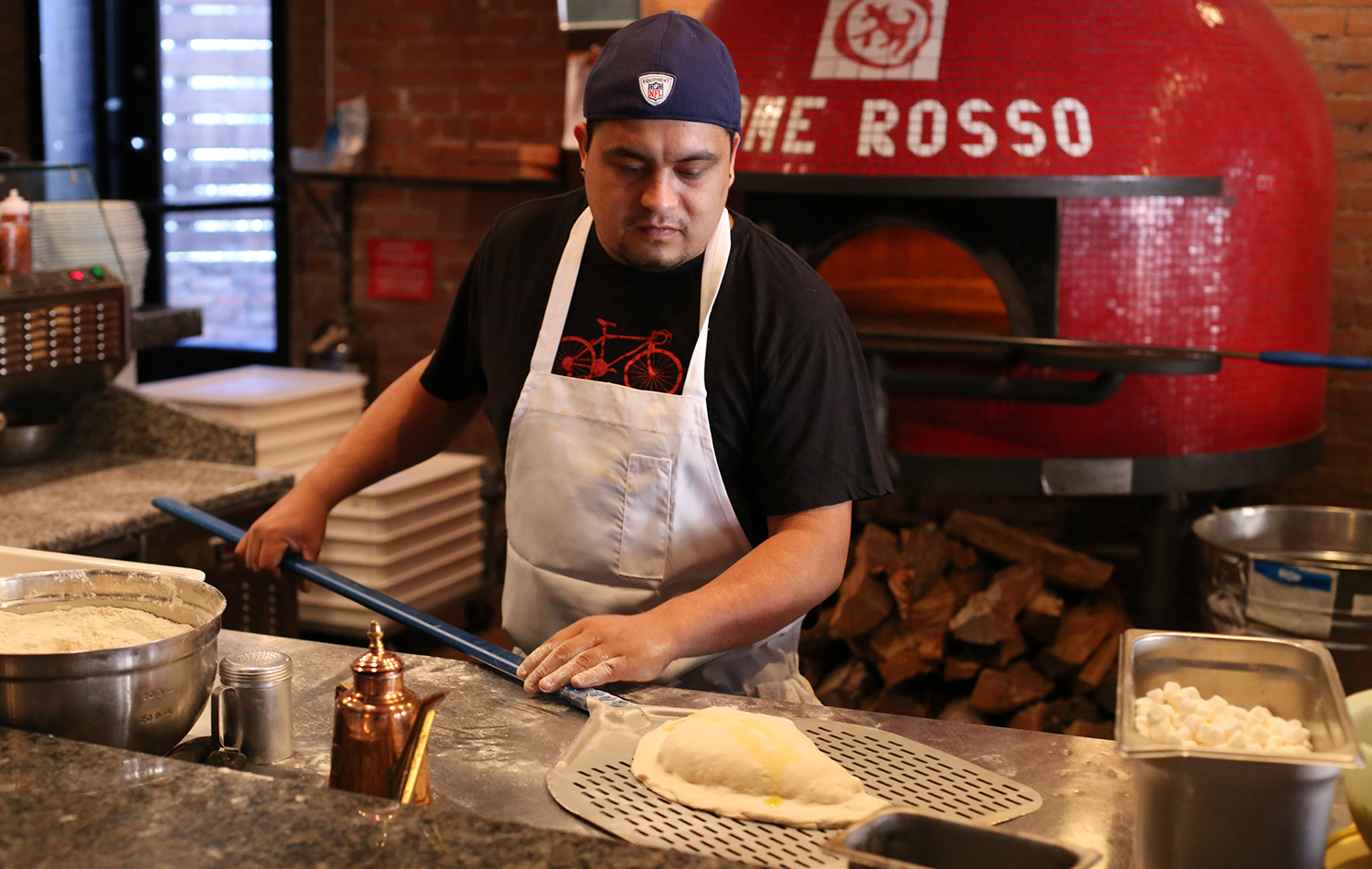 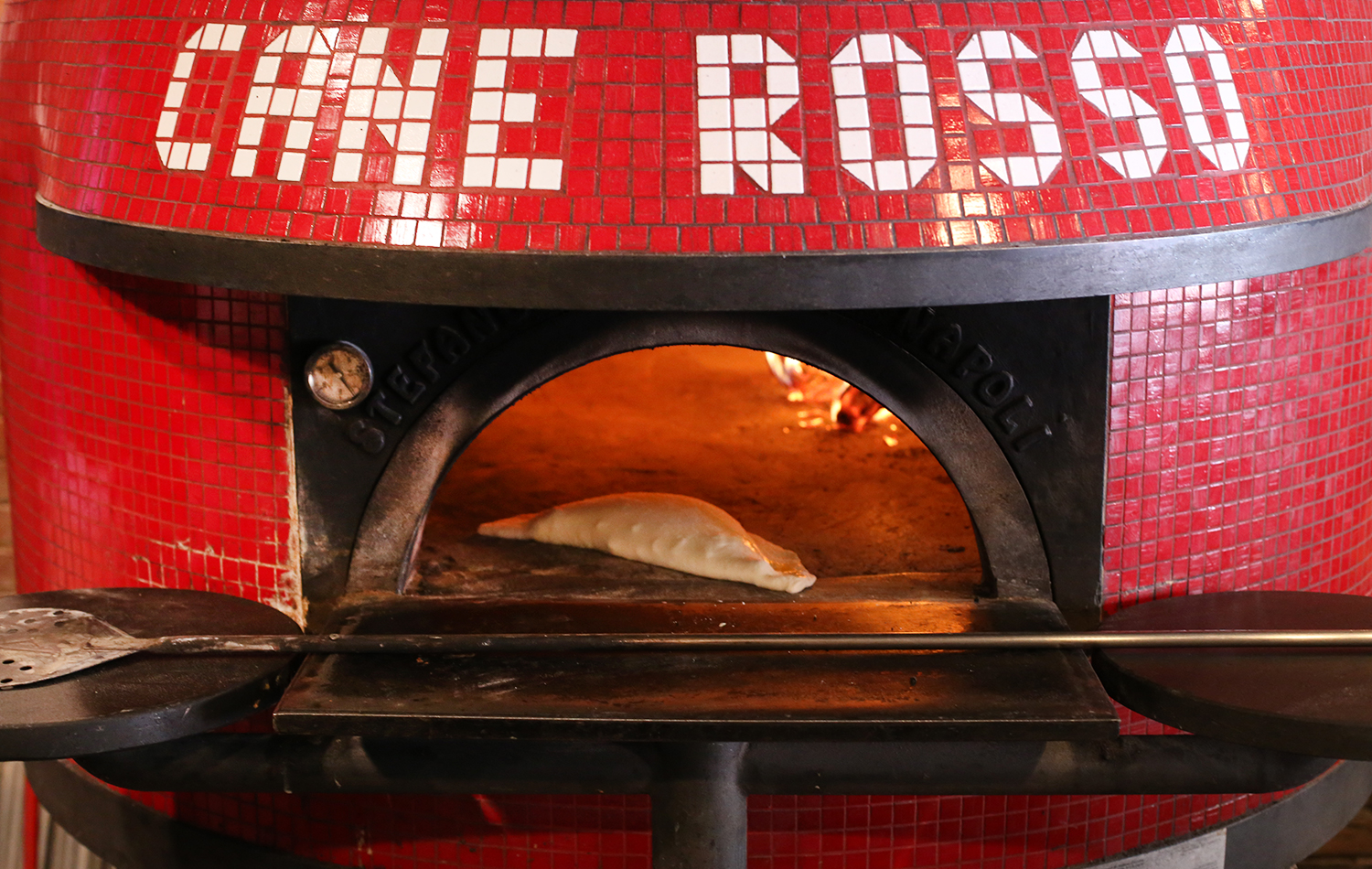 After 3 minutes in the oven (compared to the 60 or 90 seconds needed to cook one of the restaurant's pizzas) the calzone is perfectly charred and its contents have officially transformed into sweet hot lava tucked inside a deliciously sweet crust. 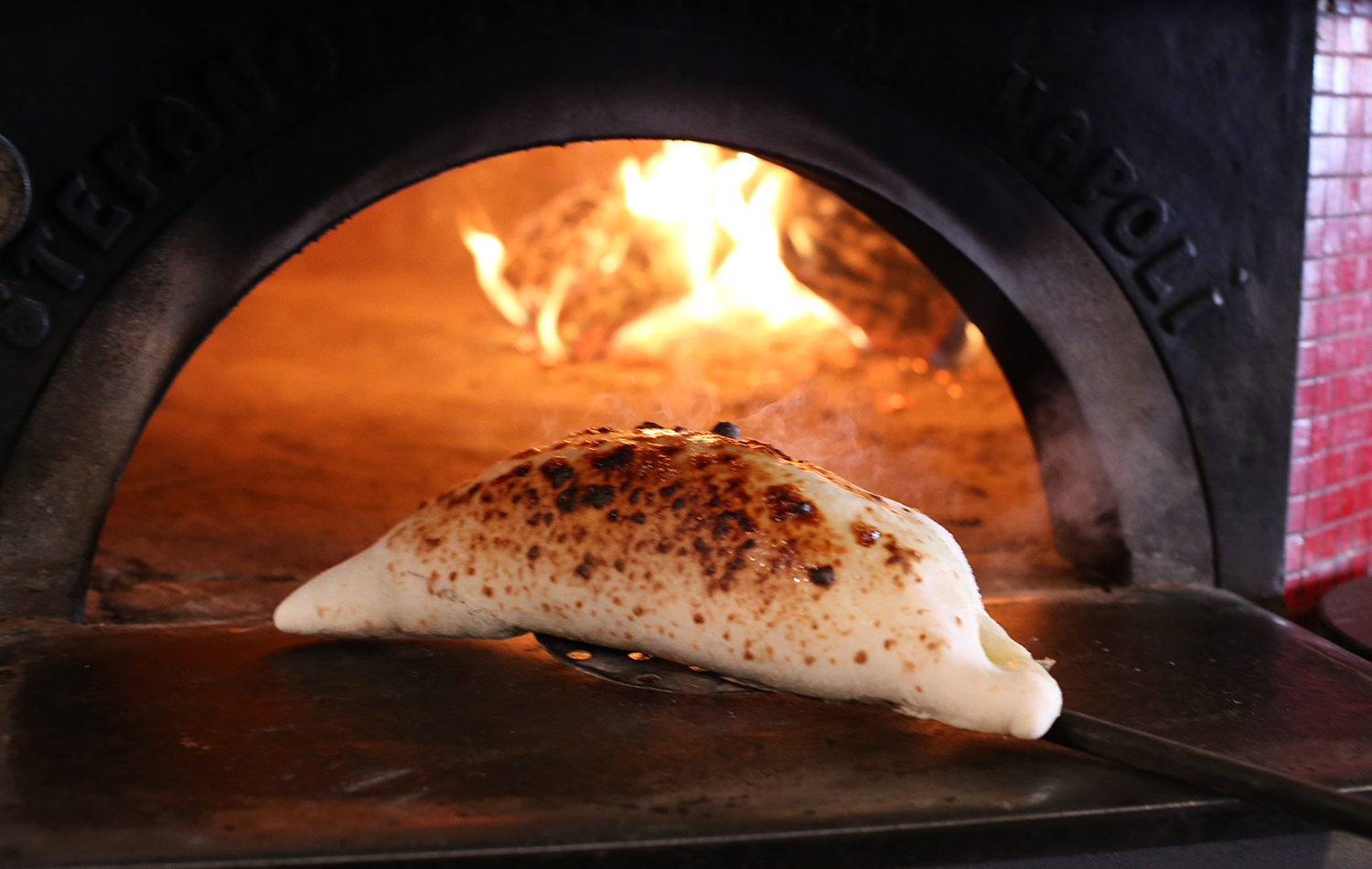 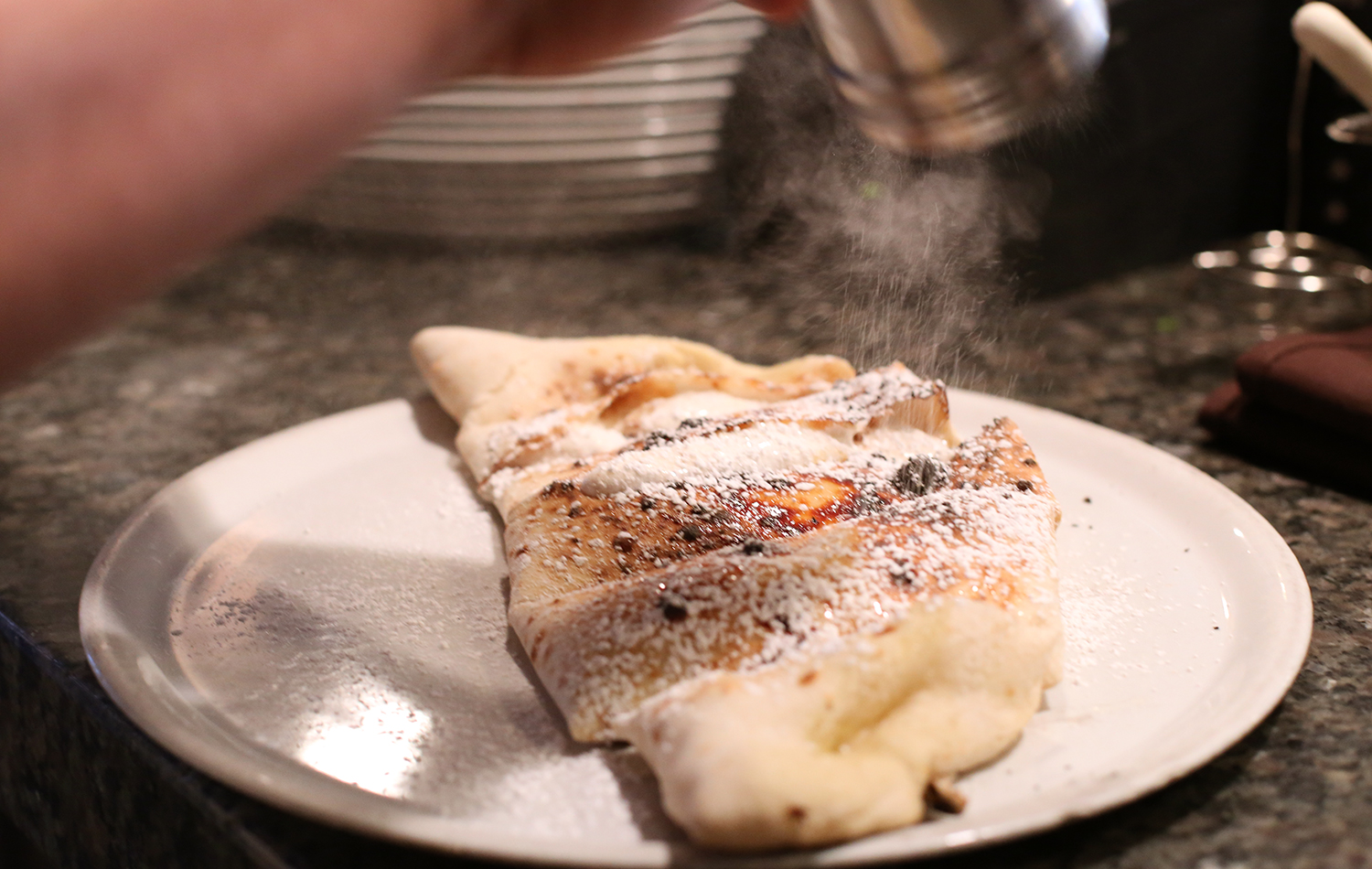 To help it cool more quickly, Valdez slices the massive calzone six times to prevent hungry patrons from burning themselves while digging in. "The sugar basically turns to caramel," said Valdez, "and it's really, really hot." A sprinkle of powdered sugar finishes the s'mores calzone, and it's ready to be devoured. 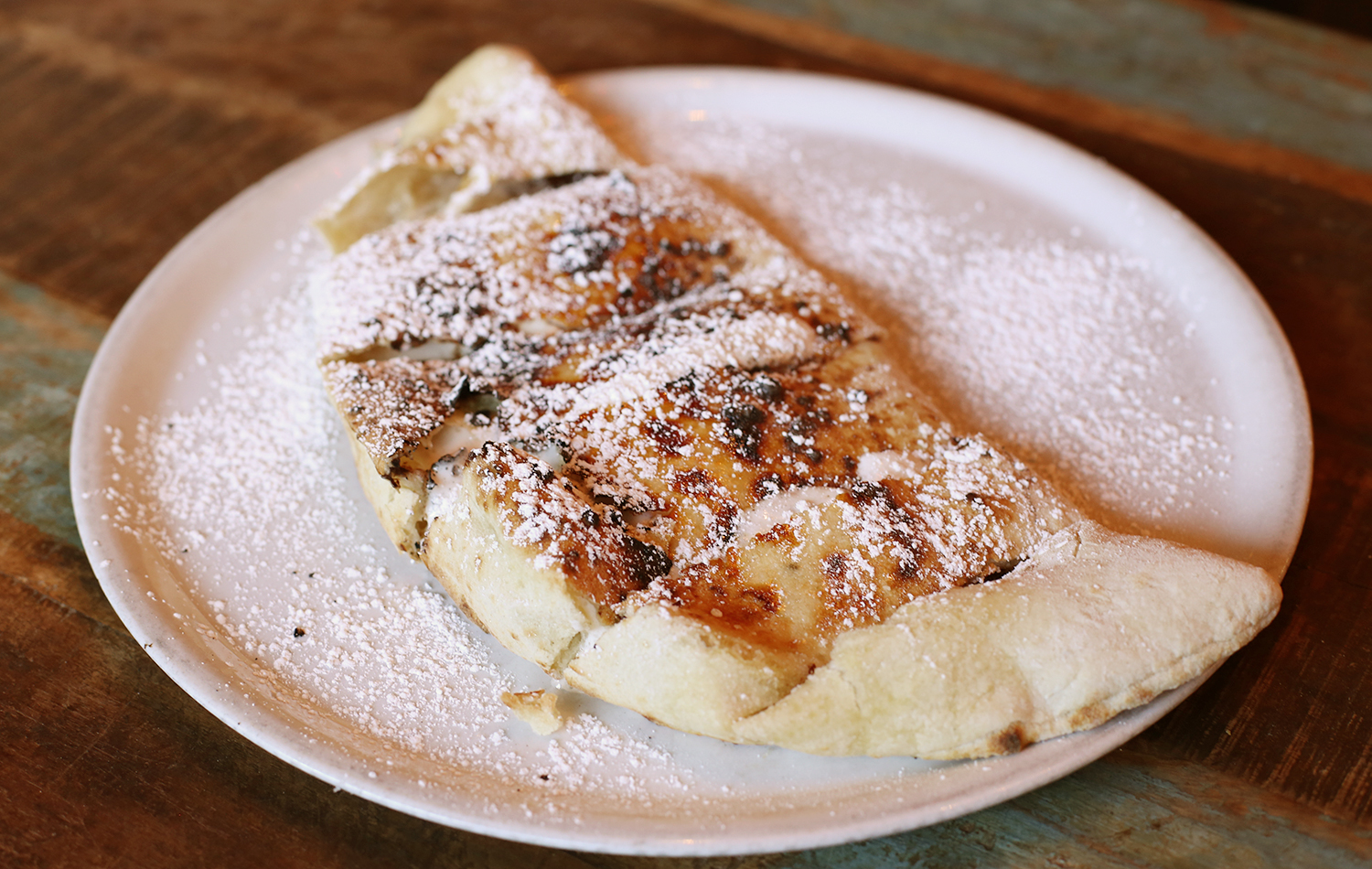 On Cane Rosso's busiest days, Friday and Saturday, Valdez estimates that the Deep Ellum location alone churns out between 40 and 50 of the s'mores calzone, making it the location's most popular dessert option.