Share All sharing options for: Sneak a Peek at Soon-to-Open Knife's Dessert Menu

John Tesar's highly anticipated Knife, the meatier counterpart to his smash seafood hit Spoon, is slated to debut at the end of the month at the Hotel Palomar. Tesar recently released a preview of the dinner menu, which includes everything from housemade pastrami to 240-day aged steak and now, pastry chef David Collier offers a taste of things to come from the dessert menu.

The dessert menu is still on the brink of being finalized, but at this point it looks like there will be five desserts: 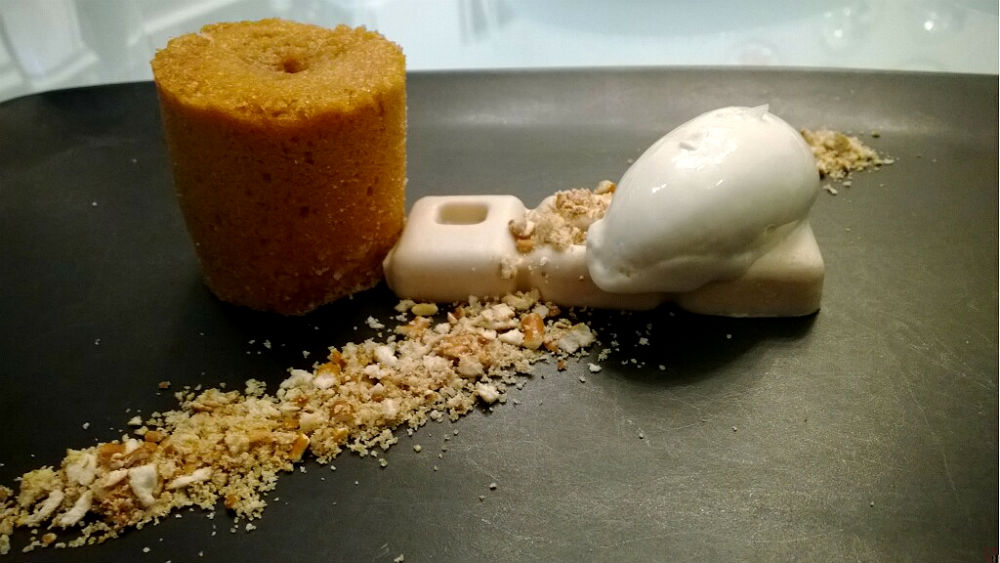 The idea behind this dessert is "basically, how can we repurpose a molten chocolate cake?" says Collier. A liquid-centered caramel cake is baked in a tall cylinder ring mold, then served warm alongside a Valrhona Dulcey white chocolate panna cotta rectangle. It's paired with a pretzel soil and a pretzel-infused ice cream, then garnished with a few flakes of Maldon salt.

Chocolate layer cake is a fixture at many steakhouses, and Knife's version will be served verrine-style with a focus on "as many different textures and presentations of chocolate as we can put into a glass," says Collier, including pot de creme, chocolate puff pastry, dehydrated mousse, crunchy pearls, whipped ganache and foam, plus ice cream. Guests will probably be given a choice of ice cream so they can choose to go all-out chocolate with a bitter 70 percent ice cream, or opt for classic vanilla or salted caramel for contrast.

Says Collier, "Our version of the classic is based around an ice cream version of creme brûlée." By request from Tesar, it's a revival of a dessert that he used to do at The Mansion on Turtle Creek. The ice cream is made from actual creme brulee and will likely be piped into thin caramel tubes, garnished with raspberry fluid gel. 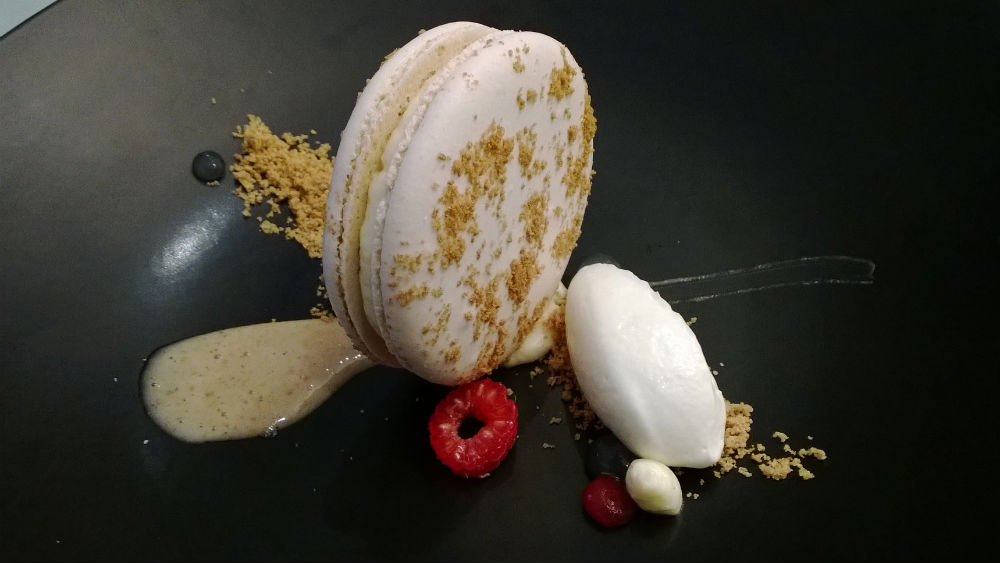 The Knife version will be based around a large macaron that's made with graham cracker powder and filled with cheesecake mousse and raspberry gel in the center. Surrounding it on the plate wil be several other elements: liquid graham cracker, cheesecake ice cream (made from cheesecake that's first baked then spun in a PacoJet machine), berry meringue and lemon fluid gel. Says Collier, "The mouthfeel [of the cheesecake ice cream] is different — there's no milk and cream in it so there's no water, and the proteins from the eggs give it a texture almost like an old-timey frozen custard."

This dessert is still in the development stages but is a twist on the classic French apple tart, reimagined as a long slender napoleon. It will likely involve a sort of puff pastry (housemade, naturally), caramel apple gel, thinly sliced raw compressed apples, a creme fraiche mousse tube, streusel crumble with hazelnut praline, fluid gel with Applejack and some sort of frozen element, possibly apple granita or "snow."