Lakewood pub Cock & Bull is taking its decidedly more sophisticated take on bar food further east. Work on sister bar The Whistling Pig has been underway since last summer in a strip center on Ferguson Road, about 4 miles east of Cock & Bull on the opposite side of White Rock Lake, and now it's finally open for biz — sort of. The Pig's Facebook page announced a soft opening beginning on Saturday, with an official grand opening coming up this Thursday.

C&B chef Asher Stevens is also responsible for the menu at the new bar, but it's hardly a carbon copy of the Bull's — rather, the menu at the Pig is completely new, with dishes like smoked pork and shishito tamales, grilled asparagus and hearts of palm salad and bacon corn dogs made with pork belly. 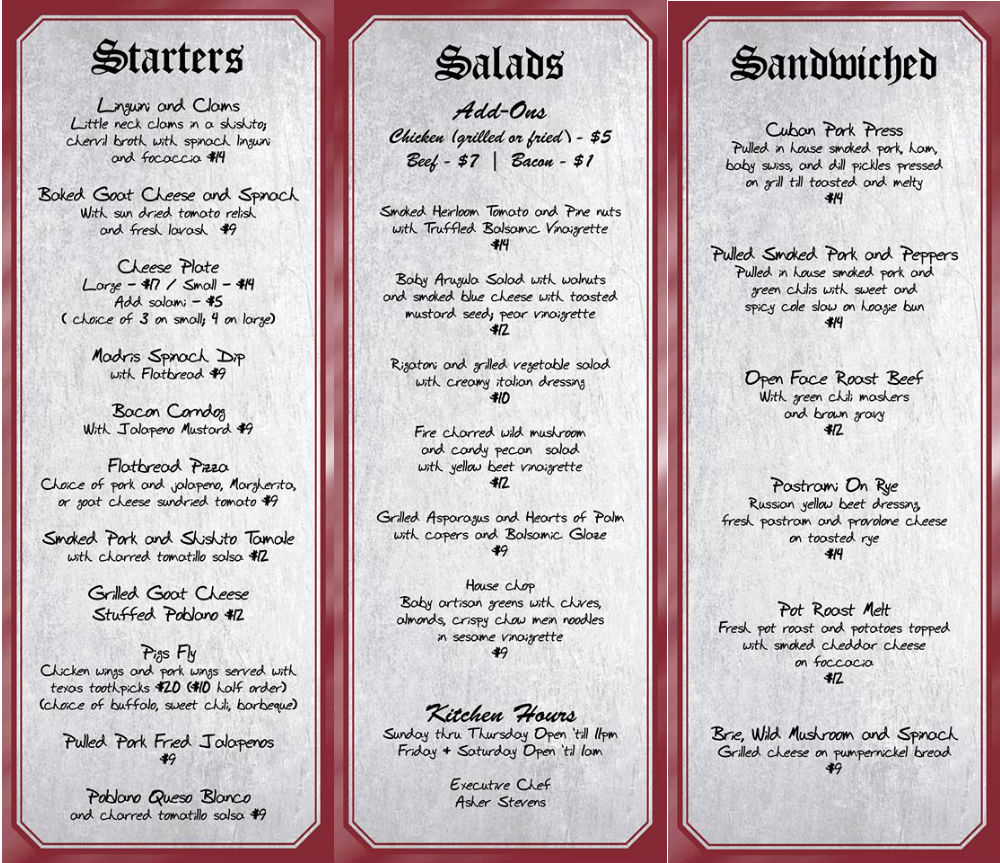