Share All sharing options for: Mi Piaci to Transform Into Cucina Neighborhood Italian

Mi Piaci shuttered last month after two decades in Dallas, and now the Preston Center spot it vacated is poised to become another Italian restaurant called Cucina Neighborhood Italian. Construction permits were spotted in the window yesterday, posted right up alongside the landlord's lockout notice that ousted Mi Piaci, and a Craigslist ad posted last week reveals that the restaurant is seeking front of house staff.

Menus posted outside the restaurant look not unlike what was served at Mi Piaci, though perhaps a tad less ambitious, with no mentions of pasta being made in-house (something that critic Leslie Brenner disputed in her one-star review of Mi Piaci) — think veal ricotta meatball sliders, fried calamari, beef carpaccio, chicken marsala, several pasta dishes including tagliatelle bolognese and "spaghetti nero" with shrimp and chile butter, and a lineup of several pizzas such as the "Sweet Piggy" with salami and honey. (Everyone's favorite trendy green makes an appearance, too, in an heirloom carrot and kale salad.)

What's not clear is whether or not the new Cucina has any association with Mi Piaci — besides the obvious name similarity, an unfinished website for Cucina still refers to the restaurant as Mi Piaci in several instances, and the phone number listed on the site still offers an old recording saying that Mi Piaci is "now open" at Preston Center. There's already an OpenTable account for Cucina, though it currently shows as offline. 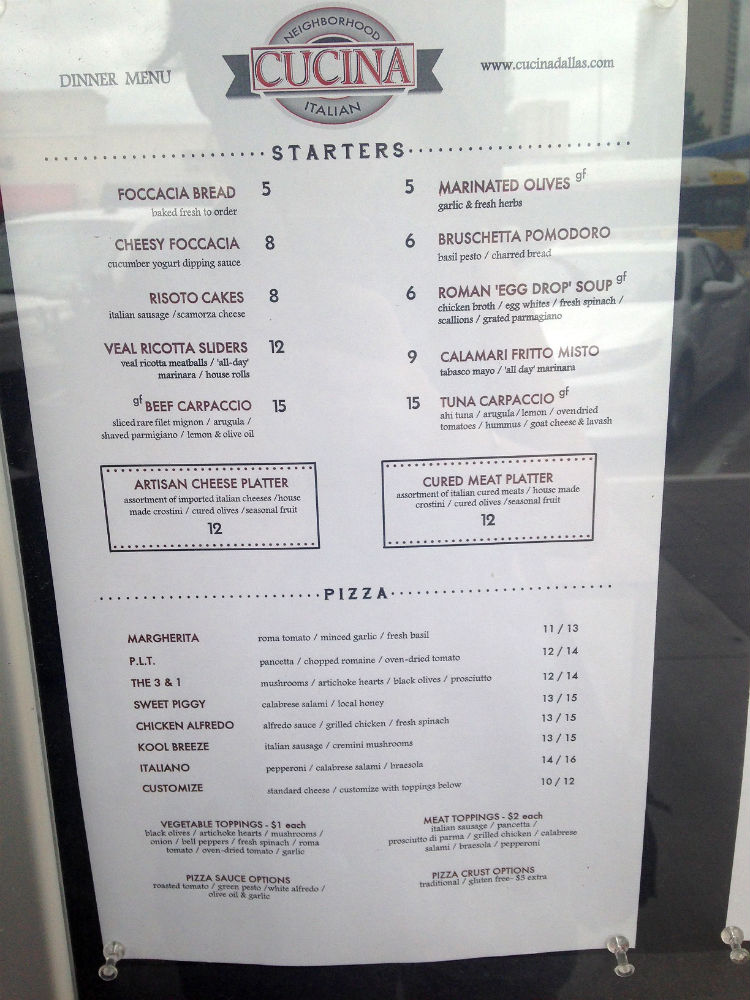 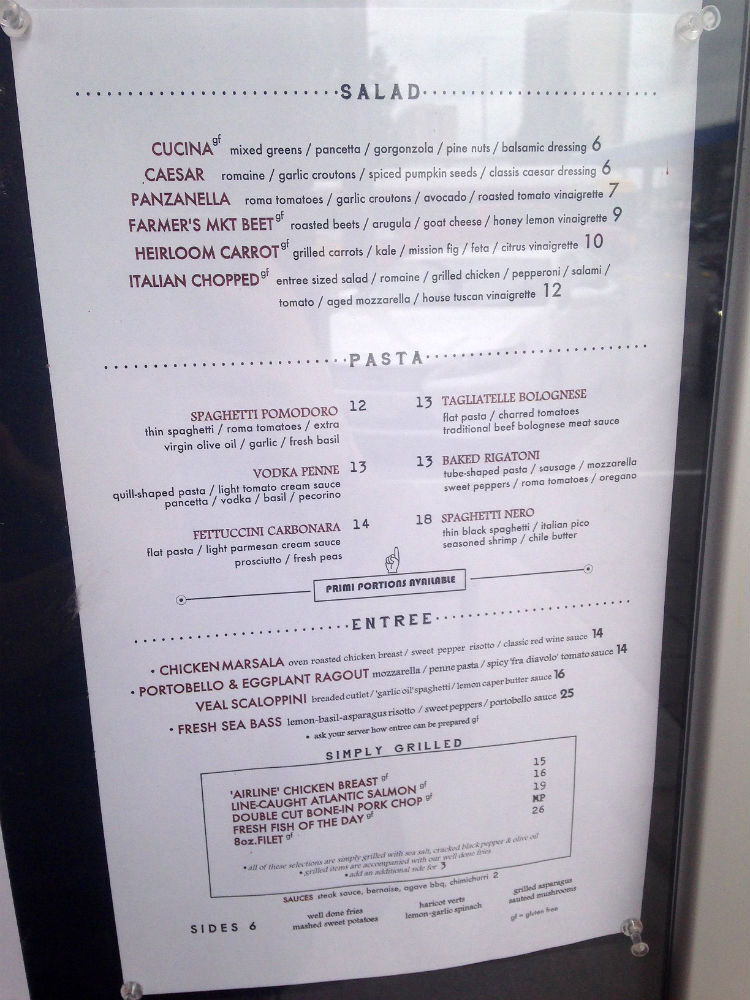