Anyone who's been to Blind Butcher knows the menu quite clearly reflects two obsessions: meat and beer. The Lower Greenville bar/restaurant from Goodfriend owners Matt Tobin and Josh Yingling and chef Oliver Sitrin has quickly garnered a following for its housemade charcuterie and crazy-decadent duck poutine as well as its killer craft beer selection, so it's perhaps not much of a surprise that said obsessions are also reflected in the dessert menu.

Pastry chef Tina Miller owned a 17th-century gastropub in Lincolnshire, England called The Ebrington Arms with her parents before moving here a few years ago with her husband, a Dallas native. Miller was lucky enough to meet chef Tre Wilcox shortly after coming to Dallas and ended up working in the kitchen at the since-closed Marquee alongside Sitrin; when he went on to open the Blind Butcher, Miller followed.

Coming up with desserts to fit such a meat- and beer-centric menu might seem challenging, but it's a task that Miller seems especially suited to. "That's the British way, really," she says. "Meat and beer is what I've always known, so that's what I'm good at." Bacon caramel corn and an ice cream sandwich made with chocolate chip beer cookies have been on the Butcher's menu since it opened, but a more recent addition takes the meat-and-sweets pairing to a more unusual place: chocolate foie gras cake. 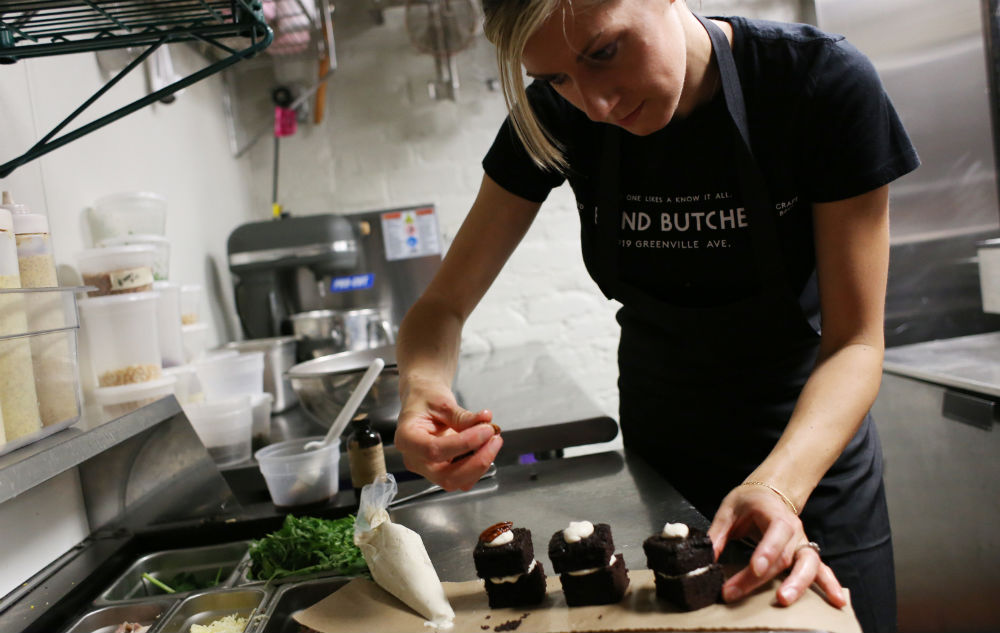 Miller explains the dessert thusly: "We knew we needed something chocolate — I love chocolate, everybody loves chocolate. We make our own cold-brew coffee in the kitchen, all of us basically live off cold-brew. So I had a good chocolate cake recipe and replaced some of the liquid with cold-brew and it came out really nice, really moist, with a nice hit of coffee. Then we wanted to combine it with something that was just us, which obviously is meat, into the cake. Chef Oliver had a great idea with adding foie gras because he totally loves it, so we decided to just beat that into a chantilly cream and put that in the center of the cake. There's also Dude, Sweet Chocolate Breakup Potion on the plate underneath the cake just to give it a little something extra." 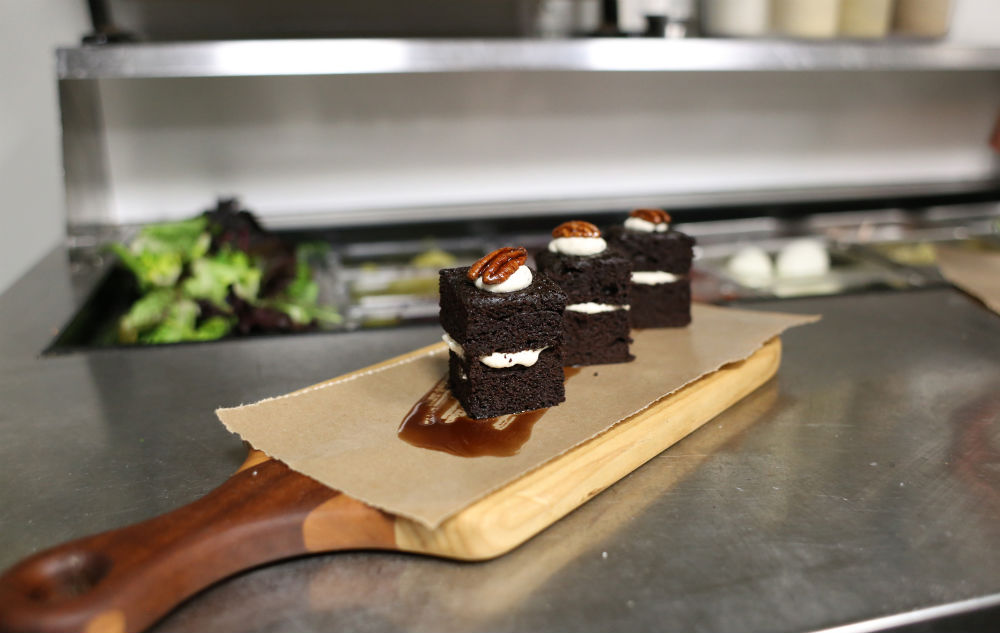 And while concocting meaty desserts seems like a venture that could go bad in any number of ways, Miller says she hasn't had any spectacular failures yet. "Meat and desserts actually go quite well I think, as long as you do it with a bit of smarts then you're alright," she says. "Salt and sweet always go. We're actually thinking of a bacon cheesecake next, so we'll see."

Bacon desserts have been all the rage for quite some time, but perhaps the Butcher will help usher in a full-fledged meaty dessert trend in Dallas — upcoming Kitchen LTO chef Brooke Egger has a creme brulee with bone marrow and chocolate pig's ear on her proposed menu, for one. Can brisket ice cream be far behind? (Okay, maybe not.)